Nike has long been the star of the apparel industry, but a recent story in The Wall Street Journal points out that the company may be facing some speed bumps. Here are some of the core issues that the company is up against.

1.The apparel industry is struggling

Nike has long been viewed as immune to the struggles of the apparel industry, but the sector’s still ailing and consumers for the most part don’t want to spend money on apparel.

Stores that sell Nike merchandise have been faltering, too, such as Sports Authority, which filed for bankruptcy earlier this year. And Macy’s sells Nike, and though the Nike section remains one of Macy’s Herald Square’s only pristine sections, Macy’s is still struggling to drive traffic to its stores.

2. Women’s athleisure is getting more crowded by the day.

There are the major competitors — like Lululemon and Under Armour — and then there are more niche brands, like the ultra-luxe Sweaty Betty and Bandier, and Outdoor Voices, which prides itself on branding that focuses on fun, rather than being competitive and the best. In other words, it’s the anti-Nike, and that could be appealing to girls who sought an alternative to Nike’s “Just do it” mentality.

3. The most popular product might be going out of style.

The Journal highlights how Foot Locker, and a recent UBS note seconds this notion, highlighting how investors are concerned for how basketball trends are slowing down. This is especially a concern since basketball apparel accounts for 12-14% of Nike’s business. In good news, though, UBS says that the trend for Air Jordan sneakers are still “strong.”

But stylish sneakers are now in, and that has helped Skechers emerge as a major player in the athletic footwear category. 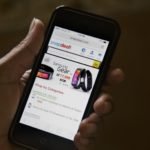 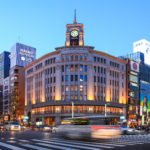