The Seoul Dragon City to open in October 2017

South Korea’s first lifestyle and hotel complex will open on October 1 in Seoul’s Yongsan District, which is known for its shopping centres and nightlife.

Launched by AccorHotels, The Seoul Dragon City will have 1,700 rooms and 11 restaurants and bars under four hotel brands. The Sky Bridge will be a unique structure with four floors of entertainment and leisure facilities suspended between two of the towers.

According to the hotel group, the complex is the first of its kind in South Korea and the largest project it has signed in the country.

“With four hotel brands in the same complex, they can cater to the needs of every guest. Grand Mercure combines rich Korean culture with elegant service, making it a great option for long-stay guests. Novotel suites will attract medium- to long-stay business travellers and families on urban holidays,” says Patrick Basset, chief operating officer of AccorHotels, Upper Southeast and Northeast Asia.

Entertainment and leisure facilities at The Sky Bridge include King’s Vacation, a lounge bar with European décor; an indoor miniature swimming pool; Skywalk; and performance stage.

There is also a private beach club, called the Sky Beach, with music and international cuisine among a setting reminiscent of the legendary beach clubs of Spain, Greece, Singapore and Las Vegas.

The Seoul Dragon City is located in the centre of Seoul close to major business districts such as Yeouido and Gangnam, as well as commercial districts such as Itaewon and Myeongdong, adjacent to malls and shopping centres, movie theatres, tourist attractions and embassies. 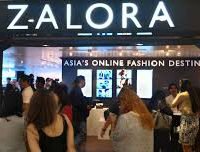 Retail sector to grow in the Philippines: Zalora catches momentum
Next Article