Bangkok-based budget hotel chain Red Planet has been rapidly expanding in Asia, responding to the growing number of new travelers in the region.

It operates 30 hotels with more than 4,700 rooms in four countries — the Philippines, Japan, Thailand and Indonesia — which includes one hotel in Tokyo not under the Red Planet brand.

To speed up the company’s development, it is now seeking to enter into a franchise contract and creating joint ventures with real estate funds. The company has plans to double its pan-Asia hotels to 60 by 2023.

The market for budget hotels is rapidly growing in Asia-Pacific, the region which has long seen the polarization of luxury Western hotel chains and inexpensive but substandard chains operated by local companies.

OYO Rooms in India has expanded the concept of organized, cost-effective and higher-quality hotel chains by creating a network of partner hotels since 2013. Other Asia-based startup budget hotel chains, including ZEN Rooms and RedDoorz, both of which are based in Singapore, have copied that model.

“Cleaning or English support are the services required at any level of hotels,” said Tomohiko Sawayanagi, international director of Jones Lang LaSalle Hotels & Hospitality Group. “Newly emerging budget hotels meet these demands, used for both business and leisure opportunities throughout the region.” According to Euromonitor International, the market size grew to $27.7 billion in 2017, up 47% from 2012. It is forecast to increase to $32 billion in 2022.

Red Planet has been expanding its business in this competitive market, by making use of technology. This could be especially appealing to young customers, as well as to the global hotel industry whose corporate management tends to adopt an analogue-based structure, rather than automated.

Guests can have text conversations with the hotel’s front desk on a chat service on Red Planet’s booking app. From the moment customers reserve a room until they check out, guests simply send text messages and responses are usually immediate. The app also helps in finding local tourist spots or nearby restaurants, and offers discounts.

The company is planning to launch a new computer reservations system by the end of this year, which compiles customers’ data across its network. For instance, if guests ask for an extra pillow in an app chat while staying at a hotel in Tokyo, they will automatically receive an extra pillow the next time they travel to one of the chain’s other hotels across Asia.

It also plans to launch an automated check-in process by the end of this year, providing machines to complete the process without the need for staff, although some staff will still be present for face-to-face customer support.

Red Planet already applies artificial intelligence for a system that calculates room prices every 15 minutes based on the predicted occupancy. More than 120 daily reports offer the actual and expected future performance of each hotel, enabling managers to make decisions in advance to maintain high occupancy levels.

“Our technology is developed in-house with six members of the group, unlike other hotel chains which use a third-party company,” said Simon Gerovich, chairman and co-founder. “It is easy to adjust and scale our business speedily.”

These various uses of technology allow Red Planet to reduce its labor costs — it hires 10 to 12 employees for 160 rooms, Gerovich said, while five-star hotels usually have 2.5 to three employees a room — and to maintain an occupancy rate of 85% or higher.

The company also keeps a steady focus on comfort and convenience — with an eye on making guests repeat customers.

The hotel’s compact rooms are roughly 15 sq. meters, but space is maximized. The beds, custom-made in Thailand, allow space for suitcases to be stored underneath. A youth-oriented tourist-friendly atmosphere is created along the hotels’ hallways, with photos of local areas covering the walls.

Hotel lobbies have a bank of Apple computers for free guest use. Room prices, which can change frequently based on demand, are usually between $45 to $90 in Japan and even lower in other countries.

“We are mainly targeting young millennials of 25 to 35 years old, tech-focused, who spend little time in their room but prefer experiencing in their trip,” Gerovich said. The one-stop services on the company’s app provide complete research and reservation procedures for guests for their trip.

Gerovich describes the brand as a “copy and paste business model.” The company concentrates on building a systematic operation procedure so that “we can grow much more rapidly with potential partners with uniform guidelines in a future,” he said, “just like McDonald’s provides handbooks to franchisees on how to build a kitchen and make a hamburger.”

This strategy has seen success. Its Philippine hotels had an average occupancy rate of 85% to 90% in April, while Red Planet Tokyo Asakusa was 97.5%. “Our business model works well in a crowded, congested city where we can reinforce the accessibility for business and leisure with good location,” Gerovich said.

“I’m grateful to the 2008 global financial crisis for correcting our plan,” Gerovich said, recalling an encounter with Timothy Hansing, CEO and co-founder of Red Planet. Gerovich, who worked in Tokyo as an equity derivatives trader at Goldman Sachs for six years, resigned and moved to Bangkok in 2005.

He started his hotel career as an entrepreneur in real estate, focusing on the development of high-end hotels. He met Hansing, who had years of experience in the hotel industry, and together they worked on a new project on the popular Thai resort island of Phuket.

But global events intervened. Gerovich said the project looked to falter amid the financial crisis and when political turmoil in Thailand led to a downturn in the country’s tourism and luxury businesses. “I understood the market-dependent risks of the five-star hotel industry, but at the same time I took note of the increase in the world’s connectivity with the development of low cost regional airlines,” he recalled.

There were already very inexpensive hotel chains but Gerovich was convinced that “it would be nice for tech-focused young adults to stay at clean, affordable hotels.”

Gerovich’s background in finance and Hansing’s expertise in hotel operations led to the idea of Red Planet. Gerovich said Hansing’s “unique ideas” included the use of technology that could help hotel managers from becoming submerged in a paper reporting system and the difficult task of forecasting occupancy rates.

Red Planet grew quickly by utilizing the celebrity of an existing chain hotel brand. In 2012, Red Planet bought a 16% stake in Malaysia-based Tune Hotels, the budget hotel chain led by AirAsia founder Tony Fernandes. Red Planet became its major franchisee, building and operating hotels in cities served by low cost carriers in the Philippines, Thailand, Indonesia and Japan. When the company ended its partnership with Tune Hotels in 2015, it rebranded 24 of those properties as Red Planet.

In contrast with other hotel chains, whose facilities are often built and leased by landowners or developers, Red Planet has been developing its hotels on its own, purchasing the land to build new hotels or refurbish existing buildings. That allows the company to choose locations without depending on landowners and to easily standardize the rooms’ format.

“Red Planet can develop its hotels even at locations where developers or fund managers may hesitate, which is one of the biggest strengths of the company,” said Sawayanagi at JLL.

Gerovich also made use of his strong connections to Goldman Sachs for Red Planet’s fundraising.

In March, the hotel chain said it concluded an 11.77 billion yen ($111 million) sale-and-leaseback deal with Goldman Sachs, by selling ownership rights to four of its Red Planet branded hotels in Japan and simultaneously entering into a lease-and-operate agreement for 20 years.

Red Planet can then use the funds to pay back its development costs to banks, build another hotel and sell again, and reduce its property taxes. In September 2016, the company announced a separate $70 million investment from Goldman Sachs.

Though Red Planet is privately owned, including with stakes held by Goldman Sachs and other parties, the company has listed subsidiaries in Japan and Indonesia. In 2012, Red Planet took a stake in a financially troubled music recording company that was listed on Japan’s stock exchange. Seeking the music company’s restructuring was much easier than establishing a subsidiary in Japan and applying for an initial public offering. Red Planet Japan is about to see increases both in sales and profit this year, after selling other nonrelated businesses and focusing only on hotel operations.

Red Planet expects revenue to reach $46 million this year, nearly 10 times what it had in 2012. The company is “seeking to establish the most scalable business,” Gerovich said. Its EBITDA margin, the operating profitability of its total revenue, has been as high as 50%, while the typical five-star hotel is 20% to 25%.

The recent travel trend in Asia favors the company’s expansion plans. Red Planet focuses primarily on Japan and the Philippines, two countries that have seen a sharp rise in tourism.

According to the Japan Tourism Agency, the number of international visitors to the country swelled to 28.7 million in 2017, more than three times the figure in 2012. Of those visitors, 61.4% had visited Japan previously. While the government estimates that Japan will have 40 million foreign tourists annually by 2020, Mizuho Research Institute said in a report last year that the country will be lacking as many as 4,000 rooms at that time to accommodate those visitors.

The effect of a new law on home-sharing in Japan, or minpaku, should benefit the budget hotel business. Since the new regulation came into effect in mid-June, Airbnb and other home-sharing services are facing a massive drop in hosts in Japan, as the company pulled roughly 80%, or 50,000, of its listings in Japan that did not meet the requirements.

“Budget hotels should have a potential in expanding their business among this area by providing an affordable price range,” said Tatsunori Kuniyoshi, research associate at Euromonitor International.

“Japan is our smallest market but our second-largest revenue contributor,” Gerovich noted.

The Philippines, where the company has its largest presence with 13 hotels, has seen a development in tourism in recent years. Tourist arrivals reached 6.6 million in 2017, up 11% from the previous year, and increasing at an annual pace of roughly 10% since 2010. The country saw a sharp increase in visitors from China in 2017 amid Philippine President Rodrigo Duterte’s friendly relationship with Chinese President Xi Jinping, marking 43% growth since Duterte took office in mid-2016.

Red Planet announced in early June the establishment of a new subsidiary in the Philippines and the acquisition of two new properties, with plans to open hotels in 2019 and 2020.

“This is an important year for us, because the size of our business is becoming substantial,” said Gerovich. “We are currently moving to the next phase, starting to focus on potential partnership and franchising.” 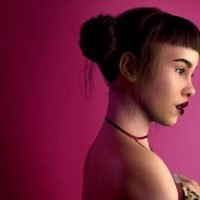 Virtual influencers : what about moral and legal issues?
Next Article 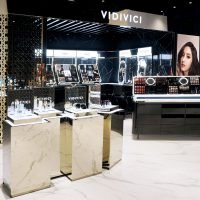