The London-based owner of the Hotel Cipriani in Venice and the Orient Express train service is being acquired by LVMH for $3.2bn including debt, marking a return to dealmaking by the world’s largest luxury group by revenues.

The acquisition of Belmond boosts the hotel portfolio of LVMH, which already has Cheval Blanc hotels in Courchevel, the Maldives, Saint-Barthélemy and Paris as well as owning Bulgari Hotel and Resorts.

Belmond operates in 24 countries and its hotels include the Copacabana Palace in Rio de Janeiro and Hotel Splendido in Portofino. It also owns train services such as the Venice Simplon-Orient-Express and Belmond Royal Scotsman, and cruises including Belmond Afloat in France and Belmond Road to Mandalay.

LVMH, which owns brands such as Christian Dior and Louis Vuitton, saw off interest from several other potential bidders for the deal, including private equity groups.

Belmond, which used to be known as Orient-Express Hotels, had said in August it had hired Goldman Sachs and JPMorgan Chase for a strategic review.

The acquisition of Belmond comes as companies seek to tap into a rising trend of so-called “experiential” luxury, with consumers buying fewer products and more experiences in areas such as high-end food and wine, luxury hotels and travel.

“Our agreement today with the Belmond Group is entirely consistent with our continued investment in the field of experiential luxury,” Bernard Arnault told the Financial Times.

He added that the deal will “bring us ever closer to our highly discerning customers”. “Bernard Arnault was one of the first to think hard about how best to attract and retain an increasingly volatile luxury customer,” said Thomas Chauvet, analyst at Citi. “Over the past decade, LVMH has expanded its reach beyond its traditionally boundaries with continued expansion of travel retail, the rollout of high-end hotels and spas,” he said.

“While these activities have a limited impact on LVMH’s overall profit, these have been among the group’s fastest growing businesses over the past few years.” The global luxury hotel market was worth at $83.1bn in 2017 and is expected to grow at a compound annual growth rate of 4.3 per cent to reach $115.8bn by 2025, according to Grand View Research, a consulting firm.

SEE ALSO : EXCLUSIVE INTERVIEW : What UHNW want? The epitome of luxury is experience

Paris-based LVMH said on Friday that it was buying Belmond for $25 per share in cash — a premium of more than $7 per share to the stock’s closing price on Thursday. That represents a value of $2.6bn for the overall equity of group.

Including debt, Belmond is being valued at $3.2bn.

In the year to September, Belmond made adjusted earnings before interest, tax, depreciation and amortisation of $140m on revenues of $572m.

The last substantial deal by LVMH chairman and chief executive Bernard Arnault was more than 18 months ago, when his family company Groupe Arnault paid €12.1bn for the minority stake that it did not already own in Christian Dior.

At the time Mr Arnault told the Financial Times that LVMH was shunning external acquisitions because they were either unavailable or too expensive. “We’re not actively looking at external acquisitions, we’re focusing on internal growth,” said Mr Arnault in April 2017. “Given the current market, fewer and fewer assets are looking attractive to us. And the best assets are not for sale.”

The Belmond transaction is expected to complete in the first half of 2019. 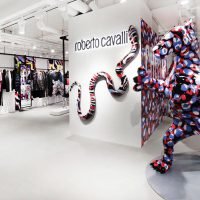 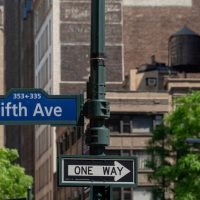