Fitness retailer Whatever It Takes soft opens in Hong Kong

“We have everything from high-end and mid-range to low-end brands. But we only focus on training gear.” This is the first retail business for the serial entrepreneur, who already runs several gyms and restaurants in town.

“[Whatever It Takes] launched in the UK at the end of 2014 with an online shop and then a physical store in Shoreditch at the end of last year,” says Tam. A friend and former classmate of the owner in England, Tam bought the rights for Asia in a half-franchise, half-partnership model.

The idea for bringing Whatever It Takes to Hong Kong first came to Tam in the gym, naturally.

“The biggest retail market right now for fitness is in CrossFit, and having run a gym for a few years now, you see what people are wearing,” he explains. “When you train a guy five times a week and each day he’s wearing a different Lululemon outfit — that ain’t cheap.”

Focusing solely on the “training” category, Tam currently stocks around 20 brands with a goal of reaching 35 to 40 brands in nutritional supplements, apparel, accessories and shoes. The store mixes big brands like Reebok and Nike along with more local and niche brands as well.

One of these brands is Nobull, a Boston-based brand started by two former Reebok executives who’ve selected Whatever It Takes as one of their only retail partners. Tam is also in talks with local Hong Kong fitness brand Miss Runner for yoga wear.

“Everyone is ordering stuff online and paying ridiculous shipping,” says Tam. “So we’re trying to be that company that consolidates what people want in Hong Kong and give them a way to access it.”

The new store on Elgin Street in SoHo accomplishes this with a central, expat-friendly location.

“A lot of people who are spending are expats,” he says. “They have more spending power. And with fitness gear, you see a change where the luxury market is dropping and people are more willing to spend on athleisure and sportswear.”

Earlier this year, Tam introduced Whatever It Takes at several CrossFit gyms around town and events like the Asia CrossFit Championships and Arnold Classic Asia, where “the sales were tremendous.”

“We weren’t planning to open a [physical] shop this early, but in Hong Kong, the shopping culture’s completely different. People don’t trust online. They need to touch and feel.”

Tam also “got a good deal on the rent,” thanks to Hong Kong’s slumping retail scene. “If you look around town, there are so many empty shops. It’s a renter’s market right now.”

For now, a six-month lease has been signed with plans for expansion after. “We currently have two shops in London, one in Dubai, and we just opened in Hong Kong. After that, we’re looking at Singapore and Japan, potentially.”

“The idea is to become the number one fitness retailer in the world,” says Tam, who aspires to be like NikeTown in flagship cities. It’s a lofty goal, but it sounds like he’ll be doing whatever it takes to get there. 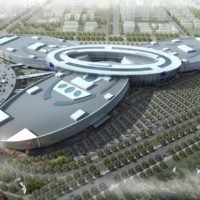