Adidas AG signed an agreement with billionaire Wang Jianlin’s Dalian Wanda Group Co. to help develop soccer and basketball in China as the German company seeks to capitalise on increasing interest in sports and fitness in the world’s most populous nation.

The sneaker maker will also sponsor two of Wanda’s Ironman triathlon events in China this year, according to a joint statement. It is joining forces with a company that this year signed a partnership agreement with soccer’s governing body FIFA, and in 2015 bought a 20 percent stake in Spanish team Atletico Madrid.

Adidas is making an increasingly rare commitment to China by a consumer brand at a time when food companies, drinks makers and luxury labels are struggling there.

China’s government has pledged to build a 5 trillion-yuan ($752 billion) sports industry by 2025, including laying down soccer pitches and training kids across the country. President Xi Jinping has said China should host and win a World Cup in the coming decades.

“We see more of our mass consumer segment actually wanting to buy Adidas products,” said Colin Currie, Adidas’ managing director for China. “Chinese consumers want to trade up and buy international sports brands like Adidas and they’re willing to spend on it.”

Adidas on Monday opened its first worldwide dedicated soccer store, in the southern city of Guangzhou, and said it is doubling to 20 million the number of Chinese children it is training in the sport through a government partnership. 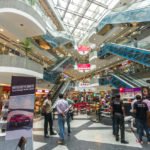 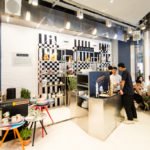