Weber India, the Indian subsidiary of US-based premium grill manufacturer, Weber-Stephen Products, USA, has started aggressive expansion of their concept stores across North India after shifting their base from Bengaluru to Delhi.

After opening their first Weber Experiential Centre at Ghitorni on MG Road Delhi last month, Weber India has opened its second concept store in Lajpat Nagar in New Delhi area this week. While the Ghitorni outlet is both a showroom of Weber products with a Weber Academy attached to it, the Lajpat Nagar store is an exclusive standalone retail outlet of Weber products.

According to Manish Khandelwal, MD, Weber India, the company will be setting up more standalone Weber showrooms going forward in key cities in North India such as Chandigarh, Gurgaon, Noida, Jaipur, Amritsar, Ludhiana, Lucknow, etc. The proposed outlets will be a mix of Experiential Stores and exclusive concept stores of Weber, he said.

Commenting on the reasons for shifting their base from Bengaluru to Delhi after three years of commencing India operations, Khandelwal said that North India has more barbecue culture than other parts of India.

“Our entire team has moved to Delhi now and we have placed all our resources in this market,” he said. Besides company owned exclusive concept stores, Weber products and accessories are currently available in 200 point of sale (PoS) stores which includes home appliances stores and modern trade chains in the country. 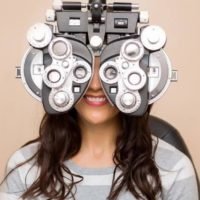