Apart from opening new branches, the company will convert some existing branches into concept stores. It expects the payoff period will take about nine months.

With a stronger yen, the firm said Japanese goods now account for less than 10 percent of total products. Chinese goods account for more than 50 percent. Vice chairman Lisa Ngai Lai-ha said the depreciating yuan helps keep costs down. The company will consider importing European goods because of the depreciating euro.

To further lure young people, the company will expand its brand “123 by ELLA” by opening a total of 30 stores in this fiscal year from the current 10 stores.

It aims to have 300 stores within three years, each of about 1,000 square feet. The company has already signed 10 leases for 123 by ELLA.

Ngai said fast retail is well-received by the market so 123 by Ella will speed up procurement. IHRC chief executive Andrew Chong Siu-hong said the company will launch an e-shop next month. He predicts online sales will account for double-digit percentage of total sales within three years. 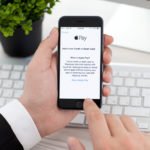 Apple Pay rolls out in Hong Kong
Next Article