Oppo, the Chinese electronics firm, is a relatively late entrant into the fiercely competitive Asian smartphone market, yet it is rapidly building market share as it eschews an online strategy in favour of offline customer service and innovation.

The Guangdong-based company, traditionally a manufacturer of DVD players, started selling smartphones only in 2011 but shipped more than 20m devices in China in Q3 2016 and is now the second-largest vendor in both Indonesia and Vietnam.

Speaking to the South China Morning Post, Oppo Vice President Alen Wu confirmed that the company is focusing its efforts on Southeast Asia and is deploying the same offline strategy that worked well for it in China.

He said that the company sells its smartphones at more than 200,000 retail points across China, including 6,500 Oppo experience stores, and that staff training and a direct relationship with retailers helps to engage consumers at scale.

“If we come into contact with five customers every day at each store, that’s a million people every day. It’s a huge outlet for customers to interact with our Oppo brand,” he said.

On top of maintaining an extensive customer-focused network, the company has also developed a reputation for quality and product innovation.

“For Oppo, we managed to control the quality of our devices, right from our very first product,” Wu said. “Many retailers at the time felt that domestic phones were bad quality, they were resigned to that reality. But Oppo’s products surprised them.”

For example, short battery life was an issue for Oppo’s target market of millennials, so it worked round the problem by increasing the current on its proprietary VOCC charger to reduce charging time.

“In the earlier years when vendors depended on operator subsidies to grow, Oppo was clear in its direction and focused on expanding its offline channels,” said Xiaohan Tay, Senior Market Analyst at IDC.

“It also has key strengths such as its VOCC fast charging technology and in the elegant design of its phones,” Tay added. “This, coupled with its aggressive marketing tactics, helped it succeed in the market.” 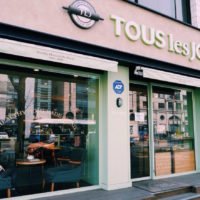 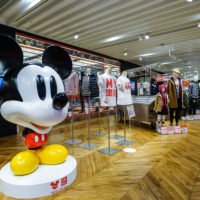