Chinese smartphone maker OnePlus will stick to its online-only sales strategy, bucking the trend that has seen rivals such as Xiaomi and LeEco increasing focus on brick-and-mortar stores in India for higher volumes. It has also exited the lower-priced segment to focus on the premium space, demand for which it expects to jump in the next couple of years, CEO Pete Lau said. OnePlus will also look at increasing local production gradually, keeping pace with its forecast that India’s manufacturing scale could reach global levels in around five years. This strategy is also in stark contrast to its rivals’ moves to raise local manufacturing sharply. The world’s fastest growing smartphone market currently contributes a third to the company’s global revenue. SEE ALSO: Apple opens sixth store in Hong Kong The company’s latest launch OnePlus 3T — the ramped up version of its popular OnePlus 3 — will be made in India from next quarter onwards. A large part of the Indian demand for the device will be met locally. OnePlus had tied up with Foxconn for making the Rs 16,999 priced OnePlus X in India last year, but discontinued it after the production cost turned to be higher due to lower efficiencies than that achievable with contract manufacturers in China. OnePlus has since also decided to move out of the lower tier due to consumer feedback, and back into the premium segment, which has been its strong point and will now continue to be its core focus. The top executive expects demand for smartphones priced in the Rs 20,000-Rs 35,000 range — the segment in which OnePlus operates — to increase in a couple of years from now, an outlook that has underlined the company’s view that it should stick to premium priced devices. Its devices are priced Rs 27,999 upwards. 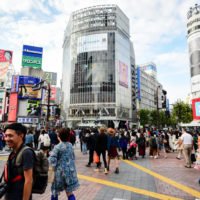 3 ways an app can drive in-store traffic
Next Article