Tesla Motors has been in talks with what will be South Korea’s largest shopping mall to set up a store, according to the shopping complex’s owner, Shinsegae Group.

The two parties are negotiating over an outlet at Starfield Hanam, which is set to be the country’s largest mall when it opens in September, according to Shinsegae Group. The giant, four-story complex is located about six miles east of Seoul. Shinsegae Group owns Shinsegae Co. and E-MART Inc. and is South Korea’s second-largest retail conglomerate, behind Lotte Group.

It would be Tesla’s first retail outlet in South Korea. Tesla’s plan to enter that market and compete directly with South Korea’s largest automaker Hyundai has been in the works for several months.

In June, Tesla listed on its website four new positions for sales and engineering in South Korea and one recruiter for the country, who will be based in Japan. In response to an inquiry from Automotive News, Tesla said that it has registered its corporation and will be setting up an office in Seoul.

Separately, Hyundai Motor Co. said in an e-mail that it will open its first premium Genesis brand store in the Starfield mall later this year.

Atsuko Doi, a spokeswoman for Tesla in Tokyo, didn’t immediately reply to an e-mail request for comment about the electric carmaker opening a retail store in the upcoming Starfield mall. South Korea would be Tesla’s fourth market in Asia after China, Hong Kong, and Japan. 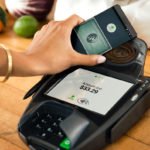 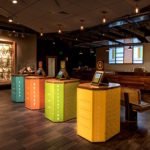 Are cannabis retailers the new kings of design?