Italian automaker Maserati has seen significant growth in the Chinese market since partnering with Poly Technologies in 2004.

Poly Technologies operates Maserati’s dealerships in the Chinese markets, a strategy that has resulted in an increased footprint for the automaker and excellent sales.

Maserati counts China as the second largest single market for its vehicles. Due to demand, the Italian automaker has built a distribution network of dealerships in 40 major Chinese cities.

Since its joint venture began in Shanghai in 2004, Maserati and Poly Technologies have achieved strong sales within the Chinese market.

Keeping its momentum in the market, Maserati sold approximately 7,500 vehicles in China in 2015. 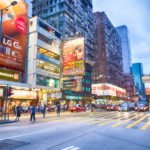 HTC to start marketing Vive via retail shops in Japan