Chinese demand for supercars races ahead at full-speed

Chinese demand has helped boost supercar sales around the globe to double-digit growth, according to a new report by automotive market research company Jato. While the United States remains the largest market for ultra-luxury car sales, China is close behind at number three, with demand last year jumping 54 percent to about 4,400 units. To compare, the second biggest market, the UK, only saw a 15.6 percent growth.

Jato cites Forbes’s swelling billionaire list as evidence for the increasing demand for ultra-luxury automobiles around the globe—overall, supercar sales are up by 16 percent in 2016 from the previous year. China added 65 billionaires for a total of 400 to the list last year, the most of any country on the list, and its role in the supercar market reflects this.

Supercars, which include brands like Aston Martin, McLaren, Bentley, and Ferrari, have long been valued by Chinese consumers for boosting their status quo, but the report notes that supercar brands are increasingly innovating to respond to changing consumer needs. For example, many of the automakers have recently introduced luxury SUVs to their lineup, of which have witnessed a major market in China as families are getting larger. There is also more demand for sustainable vehicles, especially in China, where environmental concerns like pollution are rampant. Luxury car brands have been quick to respond—out of the 10 brands featured in Jato’s report, nine of them have announced plans for releasing electric or hybrid automobiles.

While supercar brands are no doubt having good luck with the Chinese consumer in general, many are also now having to consider how the emerging affluent in China are getting younger and more digitally savvy. Maserati, an ultra-luxury brand that wasn’t on Jato’s list, made an effort to reach this market by opening a Tmall store, but others have room to grow when it comes to bridging their online presence with call to actions to bring customers into their showrooms. And with surging demand, the opportunity to reach China’s digital natives is likely only growing wider. 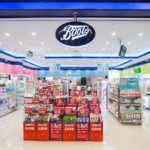 Boots to launch in Korea
Next Article 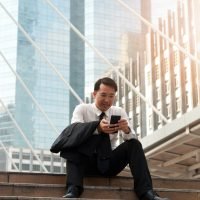 How brands use short videos for marketing in China