Daniil MEDVEDEV, the current number 15 in the ATP world ranking, will start to play with the Lacoste colors from the Miami Open tournament.

Just over a year after the takeover of TECNIFIBRE by the Lacoste group, this new partnership will confirm a top 15 player with a silhouette LACOSTE textile and racket.

At 19 years old, Daniil Medvedev is 329 to ATP, one year later, the native of Moscow reach the top 100. The following year Daniil fueled the central in Wimbledon by beating his 1st Top 10 Stan WAWRINKA and finishing the year 2017 in the final square of NEXT GEN ATP Ultimate.

2018 was the pivotal year with 3 ATP titles including a highly noted victory in Tokyo against NISHIKORI. It is a great revelation of the year by finishing season No. 16 in the ATP ranking.

The beginning 2019 is promising, he takes a set against DJOKOVIC in 1/8th at the Australian Open after a victory against Goffin. It follows a victory at the ATP 250 of SOFIA and a ½ at the ATP 500 in ROTTERDAM.

Today No. 15 in the world Daniil Medvedev, in the wake of a Djokovic Novak, represents the boldness of a talented young generation who gradually arrives to the top of the leaderboard.

One year after the announcement of the new partnership between Roland Garros and Lacoste, the crocodile and the tournament logo will now be present on the lifestyle and performance collections until 2025.

As the French Open’s exclusive new textile partner, LACOSTE is pleased to unveil its co-branded Roland-Garros collection to celebrate the 2019 tournament. The Roland-Garros audience may exude casual chic but it’s all about performance on the court. This is the first time that LACOSTE has ever unveiled a performance and lifestyle collection featuring the crocodile and tournament co-branding.

Off the court, the Roland-Garros collection brings tennis style up to date with a more urban everyday feel. Timeless stripes, deconstructed court lines and tennis ball prints join forces with strong signatures and pop colour blocks to imbue the collection with sports chic. 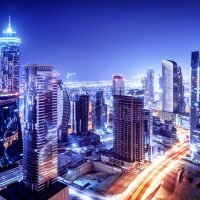 Hong Kong and Singapore are world's most expensive cities
Next Article 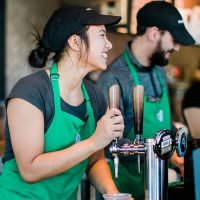 How is Starbucks working to shrink global gender pay gap?