Missha, budget cosmetics label owned by Able C&C recently opened its first Iraqi store in a shopping mall in Baghdad, according to the company. Able C&C is the first Korean cosmetics company to open an independent shop in Iraq. The company said it will move aggressively to stay ahead of its rivals in the Iraqi cosmetics market, which imports more than US$200 million worth beauty products annually but lacks a clear winner yet.

BB cream, a skincare product for smoothing out skin tone, is especially popular among Iraqi customers, said an official at Able C&C, adding that the company plans to focus introducing high-quality skincare products in the market.

The company is also moving aggressively for expansion in other parts of the world. In September, it opened an Innisfree store in Toronto, Canada. Laneige, another budget label that opened its first overseas store in Hong Kong in 2002, is rapidly growing its international presence. Last year, it entered Australia and this year, it started sales in 18 countries in Europe.

The company plans to utilize New Avon’s strong sales base for business expansion in North America as well as seek entry into new markets in South America and Europe. 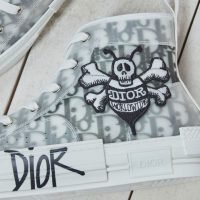