Japan’s Shiseido will bring a core skin care line to China starting in January, complete with a new made-in-Japan production and marketing strategy to exploit the cosmetics brand’s newfound popularity with Chinese travellers.

The Elixir line will be sold through 10 dedicated outlets in China. The first will open in a Shanghai shopping mall in January. Beauty experts will be on staff to advise shoppers, as in Japanese stores.

The outlets’ design will incorporate images of Tokyo. Locations in Guangzhou and elsewhere will be added during the year, helping grow brand awareness among working women, primarily in major cities.

A strengthened e-commerce offensive will accompany this physical expansion, extending access to the Elixir line across all of China. Prices are to be around 30% higher than in Japan, with facial lotion selling for between 280 yuan and 530 yuan ($40.57 and $76.80).

Production of the Elixir line will be shifted from Vietnam to Shiseido’s Osaka plant by the end of 2016, letting the company bill the products as “made in Japan.”

Shiseido’s first new Japanese plant in 37 years will take over the Osaka factory’s operations when it opens nearby in 2020. The Vietnam plant, meanwhile, will boost output of lower-end products bound for Japan and Asian markets, keeping utilisation stable.

The Elixir line, most popular among a group of people aged 30-60 in Japan, has found wide popularity among Chinese tourists visiting this country. Shiseido aims to cultivate demand in China itself by billing the products as a leading Japanese brand.

Shiseido made its first foray into China in 1981, and added country-specific brands such as Aupres to its lineup starting in 1994. But business in the country has been struggling of late.

Overseas sales account for a hefty 53% of Shiseido’s total business, driven by the flagship Shiseido brand. The company is revving up make-up and fragrance sales in the U.S. and Europe, respectively. In China, which accounts for 28% of non-Japanese sales, the challenge is for Shiseido to crack the market while fending off European and American challengers. 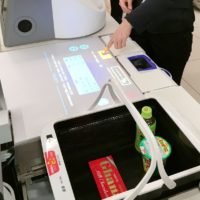 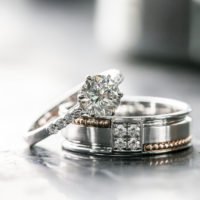