What is Project Loud?

Rihanna’s Fenty Beauty, which debuted in late 2017 backed by LVMH’s beauty incubator Kendo, was an instant commercial hit, going from zero to half a billion euros in revenue in a very short period of time. According to recent results, the brand generated nearly €500 million for LVMH in 2018, so perhaps it’s not surprising that the group is thought to be exploring a new fashion venture with the superstar Barbadian singer, who has also made waves in lingerie with California-based TechStyle Group.

“She is an outstanding singer, isn’t she? And I love her in terms of her artwork. On makeup with Christopher de Lapuente and Sephora she made a big success,” said LVMH chairman Bernard Arnault at the group’s annual results presentation in January. “So we could pursue the concept of developing something with her, but nothing is firm as things stand now.”

Now it appears that the venture — dubbed Project Loud France, a nod to Rihanna’s fifth studio album “Loud” — is further along than it seemed. According to newly obtained filings by French accounting firm Ledouble signed 7 December 2018, Rihanna is a 49.99 percent shareholder in Project Loud France via her company Denim UK Holdings, which was incorporated five months earlier in the UK. (Her attorney Ed Shapiro and Jay Brown, chief executive of her music label Roc Nation, are the directors of Denim UK Holdings.)

According to the filings, Rihanna brings €29,988,000 worth of in-kind contributions to the venture (the rights of which are held by Project Loud LLC, a company based in Delaware), while Project Loud France, the majority shareholder controlled by LVMH, has injected a total of €30 million in cash into the venture (a fresh capital injection of €29,960,000 made on December 20, 2018, adding to the entity’s initial equity of €40,000 dating back to June 29, 2017.)

A document on the recent injection was signed by Antoine Arnault, the son of Bernard Arnault, on behalf of a vehicle called LV Group. As previously reported, Project Loud’s head office is located on 24-32 Rue Jean Goujon, the same address as that of the LVMH Fashion Group, helmed by Sidney Toledano, which encompasses the group’s smaller fashion labels such as Celine, Givenchy, Loewe and Marc Jacobs.

There is little doubt that, should it come to fruition, a deeper partnership with Rihanna could drive significant results for LVMH. At the heart of the strategy is surely Rihanna’s appeal to millennials. Generations Y and Z are already the main growth engine of the luxury goods market, driving 85 percent of luxury expansion in 2017, according to Bain. By 2025, they are expected to account for 45 percent of total luxury goods spending. But this underestimates their influence. A “millennial mindset” is taking hold across the luxury market, changing the purchasing habits of all generations of consumers.

LVMH has certainly seen the power of courting the “millennial mindset” at rival Kering, where Marco Bizzarri and Alessandro Michele’s Gucci reinvention has been a major hit with younger shoppers, as well as its own partnership with Virgil Abloh, who was named artistic director of Louis Vuitton’s menswear last spring. Moncler’s “Genius” initiative has also targeted millennials with success. “Millennials are proving very important,” said luxury analyst Luca Solca. “I found a direct correlation between millennial penetration and organic growth. Kering, LVMH and Moncler are on the front foot.”

Rihanna has 67.8 million followers on Instagram, where she is a mega-influencer with millennials. “Influencers have proven a very effective way to penetrate the millennial segment, which is much more exposed to social media and mobile shopping,” adds Solca.

But perhaps equally important is her message of diversity and inclusivity. Fenty Beauty debuted with 40 shades of foundation (and has since expanded to 50), appealing a racially diverse consumer base that has long been underserved. Creating a wave of emotion that resonated with young shoppers of all backgrounds has proved a decisive factor in the brand’s instant success, generating $100 million in sales in its first 40 days. How that translates to categories like fashion — where skin tone is less intrinsic to the product — remains to be seen, but Gucci has certainly made diversity a key part of its design and communications strategies and, despite missteps, the approach has worked.

“LVMH certainly knows what they are doing,” says luxury analyst Mario Ortelli. “They have one of the best platforms in the world in terms of design, marketing, distribution, supply chain. That’s why they’ll make the bet. But whether it succeeds will depend on execution.”

Doing business with a celebrity can be risky. There is always the challenge of maintaining relevance with a new generation after a celebrity’s career peaks. There’s also the risk of a personal faux pas bringing damage to the brand. But there are ways to solve this.

“Look at, say, Yeezy [Kanye West’s partnership with Adidas], Fenty Beauty. Because the name is separate from the designer who created it, it’s easier to get longevity. While an eponymous brand, such as, say, Victoria Beckham, is embedded with the person,” says Ortelli. “What will be the final name of the LVMH and Rihanna venture? Will it be Fenty? Fenty by Rihanna? Just Rihanna? Or something else? It will be interesting to see.” 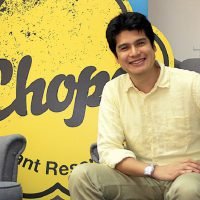 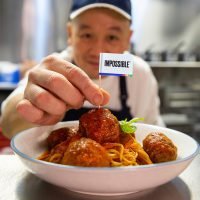