The AMOREPACIFIC group recently ranked 7th among the world’s top 100 beauty companies by US Women’s Wear Daily (WWD). The accomplishment marks a 5-spot jump for Amorepacific from last year’s position at no.12. The group generated about US$ 5.6 billion in sales last year (6.7 trillion KRW, only domestic sales data is available), surpassing global companies such as LVMH and Chanel. This result was achieved thanks to AMOREPACIFIC’s ‘Five Major Global Champion Brands’ – Sulwhasoo, Laneige, Mamonde, Innisfree and Etude House – which were particularly active overseas, and especially successful in the Chinese and Southeast Asian markets.

Overseas sales of AMOREPACIFIC group accounted for 25% (US$1.5 billion) of their total sales in 2016. In Asia only – including the ASEAN – the business grew by 38% year-on-year to US$1.4 billion, mostly driven by China and Hong Kong markets.

Sulwhasoo became Korea’s first cosmetics’ brand in 2015, achieving annual sales of over US$880 million (1 trillion KRW), and has been ranked no.1 in the department store channel for more than 10 years. In 2016, the brand Innisfree also surpassed US$ 880 million (1 trillion KRW) of sales. These two brands are particularly successful in the Chinese and Southeast Asian markets.

Innisfree, now ranking second in the group’s sales behind Sulwhasoo, remained in the top 10 of the group until 2010 but started to grow rapidly after changing its marketing approach. Based on a differentiated strategy emphasizing “clean products using natural ingredients from Jeju”, it has now established itself as the top “road shop” brand in Korea.

It broke stereotypes of selling only ‘cheap’ cosmetics as a brand shop, and added a premium lineup with the concept of “naturalism”. Innisfree embarked on a strategy to enhance the brand’s in-store value. For example, Innisfree renewed its largest Myeong-dong flagship store in Korea into an “eco-friendly” space, even opening a “Green Cafe” serving beverages and pastries on its 2nd and 3rd floors. Inside the store, different plants such as citrus leaves – which are used as recycled material in the Innisfree products’ packaging – were used all around to create a gigantic public garden with an eco-friendly concept. The outside of the store was decorated with leaf-shaped aluminum plates to reinforce the modern premium value of the design.

Innisfree’s strategy of emphasizing “clean products” proved effective also in China and Hong Kong. 5 years after entering China in 2012, its total number of stores surpassed 300 in this market. In late January 2017, Innisfree opened its second Chinese flagship store in Chengdu. It was built in Taikoo Mall, a large shopping complex which has over 300 diverse brands, popular with local young people. The Innisfree Chengdu Flagship Store has a total area of 327 square meters (99 pyeong), and various structures have been built inside and outside the store, utilizing the ‘Jeju Heritage’ such as vertical gardens and basalt walls.

In recent years, Innisfree has expanded its operations outside of China including its entry into Indonesia and opened its first store in Vietnam this year. AMOREPACIFIC plans to complete the Malaysian production plant by 2020 and will research and produce products specifically for the ASEAN market. This base will also be used as a key transportation hub to reach other major countries such as India and the Middle East.

New vision in 2017 – Innisfree taps into the U.S market

In addition to its strong growth in the Asian and ASEAN markets, Innisfree plans to strengthen its presence in western markets. In the second half of this year, AMOREPACIFIC will launch Innisfree in the United States and plans to open an Innisfree flagship store in Manhattan, where it expects tourists from all over the world to visit. Innisfree will be a key brand to strengthen its US business, and it is anticipated that the brand’s strategy will resonate with American consumers who usually emphasize on brand heritage and identity, because of its strong image of cosmetics made from “clean natural ingredients” such as sea water and green tea from Jeju Island.

An official from the cosmetics industry said, “The K-Beauty is hot, but it is true that it has been slightly weaker in the advanced markets such as the US and Europe”. An Innisfree official said, “Innisfree matches the needs of customers seeking more naturalistic alternatives, introducing high-quality products using Jeju natural ingredients at reasonable prices.” 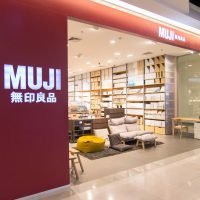 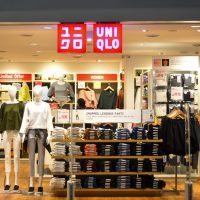