Strong demand for L’Oréal’s luxury brands like Kiehl’s countered a slow start to the year for mass-market and professional products and helped the French cosmetics giant deliver 4.2 per cent sales growth in the first quarter.

L’Oréal posted revenues of €7.04bn in the first three months of 2017, the group said on Tuesday after market close. Helped by currency fluctuations, this amounts to reported growth of 7.5 per cent in the first quarter.

Jean-Paul Agon, chairman and chief executive of L’Oréal, said in a statement: “Performance levels are consequently very differentiated across the divisions with outstanding growth for L’Oréal Luxe, a satisfactory start for Active Cosmetics, moderate growth for Consumer Products despite market share gains, and a slight drop for Professional Products.”

Geographically, like-for-like sales were up 2.8 per cent in Western Europe – despite disappointing performance from L’Oréal’s French home market – helped by “outstanding” growth rates in the UK, Germany and Spain. North America was up 3.8 per cent on a like-for-like basis, while the new markets division, which includes Asia, Latin America, Eastern Europe, Africa and the Middle East was up 5.6 per cent.

E-commerce grew 27 per cent in the quarter and accounted for 6.8 per cent of total sales.

Like-for-like sales at UK high street staple The Body Shop were up 2.3 per cent. Last week a handful of private equity firms submitted initial bids for the struggling retailer. In its results on Tuesday L’Oréal said it continues to explore strategic options regarding the ownership of The Body Shop, and no decision has been taken so far.

L’Oréal confirmed that in March it completed the acquisition of three skincare brands from US pharmaceutical company Valeant.

L’Oréal’s ADRs in New York are trading 0.8 per cent higher at $39 after the results came out. 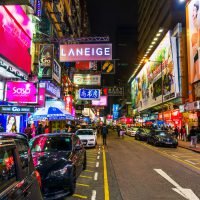 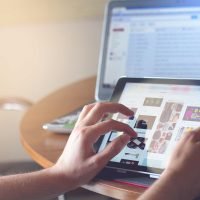