French cosmetic giant L’Oréal has been selected as a preferred bidder to acquire a 70 percent stake in Stylenanda, a local fashion and cosmetic brand, as the multinational beauty company hopes to boost its presence in China through the popularity of the Korean label.

Details of the deal are shrouded in mystery as Stylenanda CEO Kim So-hee is famously secretive about the business, rarely talking to the media or issuing press releases. Swiss financial services company UBS, who managed the deal, reportedly named L’Oreal as the preferred bidder among big names like L Catteron Asia backed by LVMH, Affinity Equity Partners, Carlyle Group and CVC Capital.

The deal is reportedly worth around 400 billion won (US$376 million).

In December, Stylenanda founder Kim announced a plan to sell a 70 percent share in parent company Nanda in order to raise funds and find a partner to strengthen global sales.

the sole owner of the company, Kim, will still be left with a 30 percent stake. She reportedly plans to stay in Stylenanda as its creative director, participating in brand management and design, while management responsibilities will likely to be handed over to a professional manager.

Despite her success, Kim has always kept a low profile. Sources familiar with the company say Kim has been increasingly aware of the need for a professional manager to take the reigns as the company has rapidly grown in size over the last decade.

Kim started Stylenanda in 2005 at the age of 22, establishing it as the most successful of Korea’s first-generation online shopping malls. She sold clothes bought from the Dongdaemun fashion wholesale market online.

Following the success of the online mall, Stylenanda launched its own house brands in fashion and cosmetics in the late 2000s, and also started establishing brick-and-mortar stores in 2012. The company raised sales worth 128.7 billion won in 2016. It operates at least 150 stores overseas including in China, Japan, Thailand, Singapore and Hong Kong.

Stylenanda’s cosmetics brand 3 Concept Eyes (3CE) was particularly attractive to investors. Launched in 2009, 3CE is famous for color cosmetics including lipsticks, eye shadow and blush and was ranked No. 1 as the most preferred K-beauty brand by Chinese consumers in multiple surveys.

This isn’t the first time a global beauty company has acquired a K-beauty brand. In September, Unilever purchased a 60 percent stake in Carver Korea, manufacturer of skin care brand AHC.

“The common factor in the two deals is that both brands have more exposure in the Chinese market,” said a source from the local beauty industry.

“China also has local brands but there aren’t any that are big enough to match 3CE. From the prospective of a global multinational company, 3CE may have been a strategic move to expand their portfolio in the country in terms of price range and in consideration of the popularity of Korean cosmetics,” explained the source. 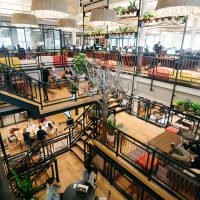 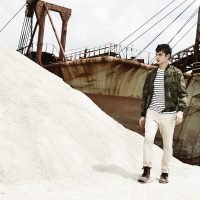