LG Electronics has jumped into the specialized sector of personal beauty devices, a growing market that has largely been off the radar of Korea’s biggest tech firms.

The devices allow customers to take care of their skin at home and include such futuristic gadgets as a plastic mask with a “Robocop” look that lights up when a user puts it on and a zapper that emits electric currents to tighten skin.

The light-up mask, called “Derma LED Mask,” uses infrared light to enhance skin tone and elasticity. The mask has a rubber frame that grips the face, and LG Electronics recommends wearing it for nine minutes per use.

The company says the mask has gained approval from the U.S. Food and Drug Administration.

A tool called “Total Lift-up Care” offers at-home microcurrent treatment, in which a small electrical current is sent through the skin to lift it and improve elasticity.

A “Galvanic Ion Booster” similarly uses an electrical current produced by chemical action to assist in cosmetics absorption. The tool works by warming up gels, lotions or creams on the skin.

A fourth product, a “Dual-Motion Cleanser,” has a brush at the top of the stick that vibrates vertically and horizontally to clean skin.

LG Electronics says it is targeting a demographic of beauty-conscious consumers who want to receive dermatological treatments but don’t have the time or money.

“I have been to a dermatologist once, but I couldn’t make it to a second round because I didn’t have much time,” Seo Young-jae, senior director of home entertainment at LG Electronics, said during the launch event in Seoul on Monday.

The idea of entering the personal beauty device market first came during a visit to Japan four years ago, he said. “I saw a range of at-home beauty gadgets from leading tech device companies at a smallish store in Japan, but we didn’t even think about doing it then,” the LG executive recalled.

“Returning home, I spotted Philips, cosmetics giant L’Oréal and smaller players selling them, and up to 80 percent were non-Korean.”

Seo noted that LG Electronics already had the core technologies needed to develop beauty devices and expressed hope of synergy with its retail affiliate LG Household and Health Care, which manages a number of cosmetics, health care and soft drink brands.

In the longer run, LG Electronics wants to link artificial intelligence and big data technologies to home beauty products and collaborate with other cosmetics producers, Seo said. The company estimates that the market for this segment has been growing at an average pace of 10 percent annually in Korea and is currently at 450 billion won (US$397 million).

It wants to grab a share of the pie currently dominated by foreign brands.

The global market also has a bright outlook.

Persistence Market Research expects the global market for personal beauty devices to reach US$54.2 billion by 2020 from US$19.4 billion in 2014. Key players in the market include Nu Skin, Panasonic, P&G and L’Oreal. 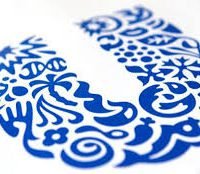