South Korean beauty brand Banila Co. has launched new outlets in Malaysia, making it the fourth overseas country it has opened shops in followed by China, the Philippines and Taiwan.

In a disclosure statement on Wednesday, Banila Co. said that it opened its first cosmetics store in Malaysia in Mid Valley Mega Mall, the largest shopping complex in Kuala Lumpur, and its second in Sunway Pyramid, another popular shopping area.

Banila Co., who celebrated its 10th anniversary last year, started advancing into the global cosmetics market by opening shops in China in 2009, followed by more shops abroad in the Philippines and Taiwan last year.

It currently operates about 160 shops in China and has a flagship store in Taipei’s bustling shopping district.

The cosmetic brand hopes to establish its brand awareness among local consumers by running stores at shopping malls with a good reputation rather than by simply adding new stores, said an unnamed Banila Co. official. 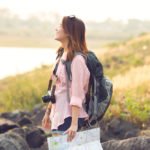 5 things about affluent Chinese travelers you should know
Next Article 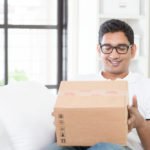