KFit to become a marketplace for local services

One of Asia’s most-funded clones of U.S.-based subscription fitness service ClassPass is pivoting to local services.

KFit, which has raised more than $15 million from investors that include Sequoia, announced today that it has acquired the Groupon Malaysia business in an undisclosed deal. That comes less than six months after KFit, which operates a fitness-style ‘buffet’ for customers in 10 cities in Asia Pacific, purchased Groupon Indonesia.

Why is a fitness-focused company buying Groupon, the much-maligned daily deals site?

Let’s start with the official reason. Like the Indonesia transaction, which was completed in August, KFit said today’s news is about expanding its focus into local services.

Earlier this summer it launched Fave, a platform to help local retailers use the internet — and, in particular, mobile — to reach consumers. That model is often referred to as offline-to-online, or O2O for short, and it is a trend that has taken off in China.

In a sign of its potential, China’s largest O2O player raised $3.3 billion earlier this year at a valuation of $18 billion, but the trend is yet to catch on elsewhere. That’s the wave that it appears KFit wants to surf in Southeast Asia.

Buying Groupon’s businesses gives KFit a running start, although figures for the Malaysia operations are a little hazy — with an announcement claiming the deals site is “serving millions of customers and thousands of local businesses” in the country.

KFit said Groupon Malaysia will transition to Fave, as Groupon Indonesia already did, in early 2017. That will essentially see it add new categories for fitness, wellness and other gym-related sectors to its current commerce business. KFit said it will retain around 90 percent of staff, with senior Groupon Malaysia executives likely to move on to new roles inside the company.

The news will be of particular interest to KFit rival GuavaPass, which recently raised $5 million in fresh funding. GuavaPass’s founders are adamant that they have what it takes to make the model work in Asia Pacific. We shall see. 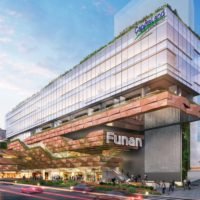 The transformation of Singapore’s Funan mall
Next Article 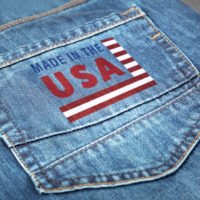 What 5 popular products would cost if made in the US