Shares of the maker of Clinique skin care and Smashbox make-up products fell as much as 5.9 percent to $81.17, their lowest in more than nine months.

Estee Lauder, like its peers in the cosmetics industry, has struggled to boost sales in the United States as customers increasingly spend more on big-ticket items such as cars and smartphones than on personal products.

Sales at department stores, which account for a large share of cosmetics sales, have also slowed in the last few quarters as shoppers increasingly opt to buy online.

“We are cautious of the decline in retail traffic, primarily related to mid-tier department stores, as well as certain tourist-driven doors in the United States,” Estee Lauder said in a statement.

A drop in tourists from mainland China visiting Hong Kong and weak consumer spending in the Middle East also weighed on total sales in the quarter, the company said.

The company does not expect either market to improve in the year ending June 2017, Chief Executive Fabrizio Freda said on a call with analysts.

Estee Lauder’s net sales rose 1 pct to $2.87 billion in the first quarter ended Sept. 30, the slowest growth in more than a year, missing analysts’ estimate of $2.90 billion, according to Thomson Reuters. 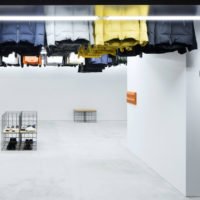 A totally new way to shop in Japan
Next Article 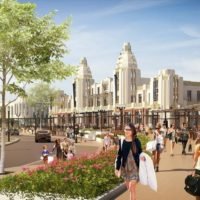 Bicester Village bets on the rise of domestic Chinese shoppers