Cosmetics hike up prices in Korea

Imported cosmetics and luxury brands have hiked up prices in September, blaming the increases on growing costs for raw materials and labor.

The list included all-time best seller Advanced Night Repair serum, also known as “the brown bottle” among local consumers. Its price from the start of the month has been 99,000 won (US$87.51) per 30-milliliter bottle, a 2 percent increase from the former 97,000 won.

“Like other companies, we examine and decide on our product prices on a regular basis to consider cost factors,” said a spokesman for Estee Lauder Korea. “The recent hike was prompted by increases from various expenses and costs.”

Another official at ELCA Korea, the global beauty giant’s Korean office, said that the increases were due to soaring costs from raw materials and labor costs.

The iconic luxury brand Chanel also lifted prices for some of its best sellers this month, with the biggest hike reaching 17 percent.

This figure was the increase rate of the brand’s moccasin loafers, with price tags adjusted to 890,000 won from 760,000 won.

Bags from steady-selling lines were part of the list too: a medium-sized Chanel 2.55 was raised 4 percent from 6.7 million won to 6.9 million won while a 3.8 million won Mademoiselle Vintage was repriced to 3.86 million won.

“Chanel bags are popular among brides and the price hike is apparently timed to coincide with the wedding season,” an industry source said. 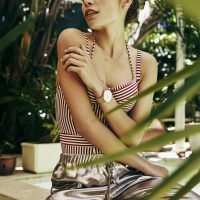 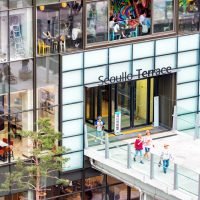 The New Landmark of Seoul: Seoullo 7017