AmorePacific has opened its new headquarters in Yongsan-gu, Seoul, beginning a new era for the 72-year-old cosmetics maker seeking to become one of the world’s top five “beauty” companies.

The completion is expected to facilitate the firm’s Vision 2025 plan in which it aims to become a “great company. ” Toward that end, it is trying to bolster its overseas presence, innovate the way it conducts business, create additional value for employees and local companies, and expand its product portfolio.

The construction, which began in August 2014, was to demolish the previous 10-story building and create the new 22-story structure on a 14,526 square-meter site. British architect David Chipperfield designed the structure in a moon-shaped jar of white porcelain, the company said.

More than 3,500 employees from holding company AmorePacific Group and its subsidiaries, who used to work at Signature Tower near Cheonggye Stream in Jongno-gu, have moved into the new building.

The building, which can accommodate as many as 7,000 people, will also host Samil PricewaterhouseCoopers that has signed a 10-year lease contract to use four stories from April 2018.

Its entire fifth floor is reserved exclusively for AmorePacific employees as the space will be occupied by a cafeteria, a gym, a massage room and other amenities designed to improve workers’ wellbeing.

On the first floor, AmorePacific has built a museum, a library, a daycare center and other facilities that can be used by its employees and visitors.

“AmorePacific, which started its business in Yongsan in 1956, has become an exemplary corporate citizen that prospers with global communities,” CEO Suh Kyung-bae said. “Our new headquarters will become a hall of beauty for the entire world.”

Suh said the company will continue to work hard to be recognized as one of the most sustainable and socially responsible businesses for its employee-friendly corporate culture, a win-win partnership with small businesses and active social giving programs.

Founded in 1945 in Gaeseong, North Korea, by his late father Suh Sung-whan, AmorePacific started operations in Seoul in 1956 by purchasing a two-story building. In 1976, the company rebuilt it into a 10-story structure as it emerged as one of Korea’s largest cosmetics makers.

In 2016, AmorePacific had 6.7 trillion won (US$6 billion) in sales with a 1.8 trillion won operating profit, ranking as the 12th largest cosmetics firm in the world. It exported products worth 1.7 trillion won in 2016, mostly to its three major markets: China, Southeast Asia and North America. 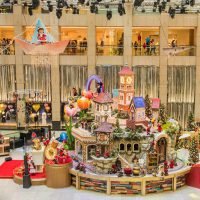 Christmas of imagination at Landmark Hong Kong
Next Article 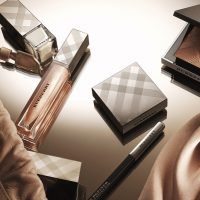 Burberry Japan to close all beauty stores before 2018