Los Angeles-based Guess reported fourth-quarter net income reached $23.2 million, or 28 cents per share, compared to net earnings of $1 million or 1 cent per share for the year-ago period. Adjusted earnings were 75 cents per share, said Guess in a statement.

Despite the iconic retailer’s surge in year-on-year adjusted earnings, Wall Street was wanting more with the result missing analysts’ expectations of 75 cents per share, according to Wall Street data.

The news sent Guess’s shares down by 10% after hours in New York trade.

On a positive note, net revenues for the quarter ending February 2, 2019 increased 5.7 percent, to $837.1 million, compared to $792.2 million in the prior-year quarter. The result surpassed analysts’ expectations of $831 million.

Newly appointed CEO of Guess, Carlos Alberini, who took up the helm on February 2 after Victor Herrero’s departure, said he is “thrilled to be back at Guess” when detailing the company’s results.

Alberini served as Guess COO from 2000 to 2010, returning to the Californian company after most recently serving as Lucky Brand CEO.

“I believe there is a tremendous opportunity for Guess today, as the brand continues to gain relevancy with younger consumers all over the world where I see significant white space for continued growth,” said Alberini.

“I also think that there are several areas of the operation that offer opportunities for improvement, which should result in operating margin growth over time,” he added.

Asia sales climbed the most for the year, jumping 25.7 percent, while retail comp sales in Asia were up 15 percent.

“Looking forward, I plan to spend the next few weeks with our team developing our strategic vision and implementation plan. I intend to apply some key principles for shareholder value creation, including a disciplined approach to capital allocation and working capital management, careful product development and distribution, pursuing global initiatives to leverage and support our global business more effectively and, most importantly, placing the customer at the center of everything we do,” Alberini said.

Guess said it expects consolidated net revenue for fiscal 2020 to increase between 4 and 5 percent. For the first-quarter (which it is currently in), Guess expects an increase in sales between 2.5 and 3.5 percent. 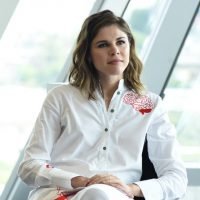 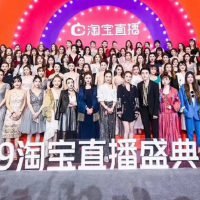