These are flush times for Gucci, the 96-year-old house that in recent years has become fashion’s all-conquering luxury brand. And amid booming sales, Alessandro Michele, Gucci’s creative director since 2015, has introduced the brand’s first high-end fine jewelry line, a series of extravagant styles that present the designer’s florid evocations of flea market finds as gem-encrusted treasures.

SEE ALSO : The Gucci formula : when storytelling in China is done right

Talking of the nostalgic inspiration behind many of his creations, Mr. Michele said, “I’ve dressed a number of women in things that were gathering dust in vintage archives — they no longer existed.”

“That includes jewelry as well,” he added. “It’s beautiful to bring them back to life and give them importance once again.”

Tigers, snakes, lions and foxes form necklaces, bracelets and rings, mirroring earlier versions that Mr. Michele created for both the costume and the mid-market fine jewelry lines at Gucci. But the new higher-end collection — which has no specific name — is more elaborate, its 25 design styles accented with a range of gemstones.

The new line appears to expand the reach of Mr. Michele’s remarkably successful universe for his most ardent and wealthy collectors. It’s Gucci style for Cartier spenders — at a time when Gucci has pledged to go fur-free, eliminating what had been the brand’s biggest-ticket items.

Mr. Michele, who calls himself “a passionate student of antique jewelry,” has resurrected animalier styles, like those of the midcentury American jewelry designer David Webb, and for this new collection he has employed some vintage techniques like the intricate hand engraving used to create the animals’ faces, skipping the rhodium plating now common on white gold so it retains a yellowish cast, and the use of old-fashioned raised settings for the tiny diamonds spangled across the fishtail of a ring.

“When you see the way I combine things with each other, you perceive everything together as a new language,” he said, referring to his fashion aesthetic that mashes up the animal motifs with Chinese silks and Mexican embroideries, Renaissance gowns, Victoriana, disco drama, high ’80s glam, shades of Elton John and Dapper Dan, and more. “There’s a complete fusion of ideas. This ‘disruption’ that everyone’s talking about is found in the dialogue between these elements.”

From the new collection, Marco Bizzarri, the chief executive of Gucci, wears a woven gold bracelet with black diamonds that is embossed with the phrase “Blind for Love” in capital letters across the top.

Mr. Michele himself has a gold ring with a fox’s head, a large brown diamond set between its ears.

Though the pieces look like styles that, in their antique forms, were made for women, in the Gucci context, anyone can wear them.

“Clothes, like jewelry, don’t have very revolutionary roots, meaning that what’s revolutionary is the way you wear a piece of jewelry,” the designer said.

So far the collection, with prices that mostly range from 15,000 euros to 70,000 euros (US$17,900 to US$83,500), has been offered only to favorite clients through private sales in Japan, China and the United States and private appointments that began in July.

Gucci refers to the pieces, which are not high jewelry (typically starting in the $100,000 range and going into the millions), as “medium-high,” or as “unique pieces” when it repeats designs using different gems.

However, the brand says it is considering a move into the bigger stones and larger price tags of true high jewelry for its next collection.

Gucci is not the first fashion house to enter the upper echelons of jewelry.

Chanel, Dior and Louis Vuitton have all made it big business, as the high jewelry market has flourished through and beyond the economic downturn of the last decade.

And the brand’s fortunes have been growing at a clip that has shocked industry watchers.

Kering, its parent group, reported that Gucci’s revenue soared 42 percent to €1.5 billion in the three months to the end of September. And its biggest boost has been coming from millennials, who, Kering says, account for at least half of its 2017 sales thus far.

“The new generation is going to want a more modern jeweler,” said Maurizio Pisanu, the house’s director of jewelry merchandising. “So it’s up to the brand that realizes that first, and Gucci already had the right intuition two years ago — to break the rules.”

Gucci has hired its first staff gemologist to search for stones worldwide and maintains a jewelry workshop with about 30 goldsmiths and stone-setters near Milan.

All of the brand’s existing fine jewelry and now most of its high-end fine jewelry pieces are made there, with some help from an external atelier in Valenza, a center of Italian jewelry fabrication about 60 miles to the south.

According to the brand, sales of the initial pieces have been brisk (although it won’t provide specifics).

So if the collection does expand, Mr. Michele’s antique-tinged, everything-is-precious aesthetic might disrupt the higher stratospheres of the jewelry sector in the way that he has already reset Gucci and the fashion desires of a vast public.

The collection has arrived at a moment when the codes of high jewelry are in flux — important stones are becoming more difficult to find, and a new generation of customers is more interested in showing off wearable (and possibly recognizably branded) design than owning the special occasion gem-encrusted parures of the past.

Mr. Pisanu said design-driven jewelry customers “benefit a brand like Gucci, where jewelry isn’t our core business but we have the ability to make high-quality jewelry like the other brands — and with a different aesthetic that’s much more innovative than what a classic brand would ever dare to make.” 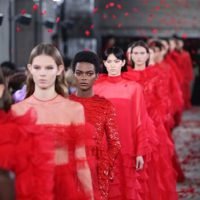 Why did Valentino and Dior Men showed in Japan?
Next Article 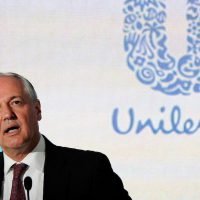