Marketing of sports brands has become increasingly retail-led in the last decade and a focus on retailing has enabled Goldwin to make serious gains while the two biggest domestic brands, Asics and Mizuno, have been distracted by overseas expansion. Goldwin took a close look at its beleaguered business 15 years ago and decided retail could be its salvation. At current rates it will catch up with Mizuno’s domestic sales in a few years.

Goldwin was a struggling sports apparel distributor 15 years ago, floundering in declining wholesale channels, the implosion of the ski boom, and a fear of risking all on expensive retail investment, resulting in sales collapsing from a peak of ¥78 billion to less than ¥50 billion.

No longer. The rights owner for The North Face and Helly Hansen in Japan posted another strong set of results in 1H2018: sales jumped 16.2% to ¥33.4 billion and operating profit doubled to ¥3.1 billion. The strong first half follows an equally good 2017 when sales rose 15.6%, the eighth straight year of growth. Operating profit reached ¥7.1 billion, up 81% and the highest for 25 years.

What has changed? The key factor is the success of its outdoor brands, which accounted for ¥49 billion, or 70%, of sales in FY2017, and in particular the change in management’s willingness to invest in retail stores in shopping centres a decade ago.

Since the decision to invest in retail, Goldwin has opened well-executed stores in busy malls such as Lalaport and Lumine, as well as some very popular outlet stores. Today, its own directly operated stores account for 56% of sales. In addition, Goldwin garners another 5% of sales from e-commerce, still a small percentage but online sales were up 50% in a year. This performance is far better than either of the two largest domestic brands, Asics and Mizuno. Goldwin had little choice than to risk all given its dependence on the Japanese market for almost all its sales, forcing it to seek an alternative to its traditional wholesale model.
Goldwin has focused investment on key brands rather than try to lift all boats at once.

The growing appetite for outdoor fashions from both active consumers and those who just like the outdoor look, has helped propel The North Face and Helly Hansen in the last few years. In contrast, other Goldwin brands, like Ellesse, Canterbury and Speedo, which are sold at wholesale and through department store corners, have seen sales languish, falling 3.3% in FY2017.

What is impressive about Goldwin’s stores is relentless effort to attract new footfall. In-store events are held regularly to pull in customers and deepen interaction, with customer feedback passed back to product planning and marketing teams. Goldwin also locates stores close to outdoor sports activities, such as its Nagano and Niseko The North Face Gravity stores which combine merchandise sales with ski rental services and even a library of books on outdoor sports. At the new National Stadium in Gaien-mae, it has opened an athletics complex/store called Neutralworks by Goldwin.
On the supply side, Goldwin has worked to simplify supply chains through more direct contracts with factories, which in turn has helped streamline inventory management, resulting in a lower cost of sales, better sell-through and an increase in operating profit margins from 4.9% to 9.4%.

Given the intense competition and the plethora of similar product from multiple sports brands, Goldwin has been investing in product innovation for both its own brands and licensed product. In 2017 it built a technical research centre in Toyama – where the company was founded – at which it develops new fabrics and performance functions using environmental chambers and motion capture systems. It has also partnered with other companies: it uses a synthetic, protein-based, petroleum-free silk developed by Spiber (in which it has invested ¥3 billion) for jackets and hoodies, and has licensed odour-reducing, sweat-absorbing fabrics originally developed by Jaxa for astronauts’ underwear.

Goldwin is now investing in stores for other promising brands. It opened stores in Aoyama, Tokyo and Sapporo for the US brand Woolrich in October, and forecasts sales growth of 6.5% this year. Goldwin plans 10 stores for Woolrich through FY2020. For its eponymous Goldwin brand it opened the first flagship store in November in Nijubashi Square in Marunouchi.

Going forward, plans for overseas expansion look promising for the first time. In the last two years, it introduced a new logo and updated merchandise for the Goldwin brand. It will transform what was a domestic skiwear label into a lifestyle sports label with global reach, similar to Descente’s plans for its own brand. In A/W 2019 a new lifestyle collection of sports apparel and accessories will be launched at home and overseas – this year the ‘hero’ product, a down parka using synthetic silk from Spiber, was gold winner at the European sports trade show, ISPO Munich.

Last year, Goldwin acquired a stake in Woolrich International, a UK-based entity that owns the Woolrich brand, and plans to “participate actively” in its global development, particularly in Asia, including production – it has created a premium collection for the brand this year.

Investment in sports retail stores will increase at home over the next couple of years, with all major sports brands looking to expand. The success of Japan in the soccer World Cup, big expectations for the Japan team in the 2019 Rugby World Cup, and the upcoming Olympics in 2020 all contribute to consumer interest in sports. Goldwin itself is hoping for an afterglow effect after the Olympics – what it calls “Golden Sports Years” – but the even more important trend is growing interest in health and well-being in general.

What also makes the prospects for sports brands so bullish over the next decade is that interest in active sports, and the attire to go with this, is common to all age groups in Japan. This includes the fast growing population segment, the over 60s, ensuring sustained demand for many years to come. Sports and sports fashion is in many ways one of the few consumer categories to be largely immune to a demographically challenged market like Japan.

Some local sports firms have been complacent in taking for granted customer loyalty to Japanese brands, but Goldwin has matched international brands in development of solid retail concepts, mixing innovative products with store entertainment and services, the basis of its new found success. Asics and Mizuno will be hoping that investment plans in the next few years will be enough to restore the balance. Michael Causton is the co-founder and partner at , a specialist research firm on Japanese retail and consumer markets. Founded in 2000, JapanConsuming has become the leading provider of insights on Japanese retailers and consumer trends to retailers, brands, government agencies and investors. As well as a highly regarded monthly report on the market to help subscribers keep up to date with the latest trends and data. JapanConsuming produces in-depth reports on retail sectors, seminars on key trends and consulting on market strategies and future trends. 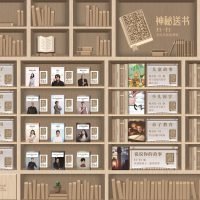 China’s first ‘Audio Library’ in a shopping mall is launched at CityOn.Xi’an
Next Article