Italian fashion house Giorgio Armani experienced a slowdown in revenues and profits in 2015, after suffering a drop in business from Chinese consumers.

Big luxury brands such as Burberry and Hugo Boss have also been hit by the economic slowdown in China and emerging markets, while terrorist attacks in Paris and Brussels have deterred overseas tourists from visiting Europe. Hugo Boss is cutting its prices in Asia in response to waning demand for luxury goods.

The Milan-based group, whose products include accessories, cosmetics and furniture, and the more affordable Armani Exchange range, said earnings before interest, tax, depreciation and amortisation edged up 1% to €513m last year, from €507m in 2014.

Despite the slowdown, the firm said its cash reserves of €640m allowed it to step up investments in its brands to “further strengthen its competitive market position”.

The company’s president, Giorgio Armani, founded the company that bears his name in Milan in 1975, and has toyed with the idea of a stock market flotation in the past two decades. The 81-year-old designer is still actively involved in the business and has not revealed any succession plans.

He said: “These results are the outcome of an attentive diversification policy for the group’s lines, paired with the coordination of distribution channels and enhancement of the role that our trade partners play.” 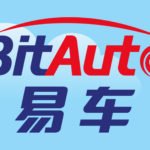 China’s Bitauto raises $300M, with Baidu, JD.com and Tencent each chipping in $50M