The Parisian luxury department store group said it is teaming up with the jeweller’s chairman Alain Némarq for the purchase. The financial terms of the deal were not disclosed. The new transaction is subject to the approval of the French Competition
Authority.

“This transaction will bolster Galeries Lafayette Group’s historic expertise in the jewellery business and accompany a new phase in Mauboussin’s expansion,” the company said in a statement.

For the purchase of the jewellery house, the group said it is partnering with Mauboussin chairman Alain Némarq — who was recruited by Mauboussin owner Dominique Frémont in 2002.

Némarq has been pivotal in the restructuring and of the jewellery brand, which reported revenues of 75 million euros in 2018, from its 75 stores in France and from the world’s leading capital cities.

Mauboussin was founded in 1827 and has grown to become an icon of Paris luxury; known for its incredible discounting of expensive jewellery and diamonds.

Mauboussin’s main products are jewellery, followed by watches, and it also launched a high-jewellery brand in 2017. 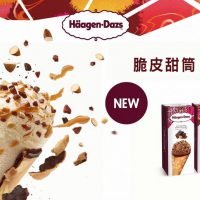 How did Haagen-Dazs in Taiwan get 37k followers in just 13 days?
Next Article