Who are the biggest online spenders for FMCG?

Grocery sales via e-commerce platforms grew 15 percent to $48 billion in the 12 months ended June 2016, according to Kantar Worldpanel.

The company’s Future of E-commerce in FMCG study shows that e-commerce now accounts for 4.4 percent of all FMCG sales, although the FMCG market experienced a rather flat growth at just 1.6 percent during the same period.

In terms of sales growth, China was the leader at 47 percent; e-commerce now makes up 4.2 percent of FMCG sales in China, and beauty products account for 50 percent of that. In comparison, only 1.4 percent of groceries were bought online in the United States.

Another interesting takeaway from the study is that shoppers usually spend more per trip online than they do offline—shoppers in the UK spent an average of $59 online compared to $19 in brick-and-mortar stores.

However, shoppers in France, UK and China reined in their shopping one year after starting to shop online. Kantar Worldpanel suggested that brands should work on driving impulse purchase online by making suggestions for complementary products.

Although online sales have the potential to cannibalise in-store sales, it is vital that retailers act quickly to develop a strong e-commerce presence,” said Stéphane Roger, global shopper and retail director at Kantar Worldpanel.

Roger added that new entrants such as Amazon would shake up the industry, with grocery ecommerce set to grow to 9 percent of the market and be worth $150 billion by 2025. 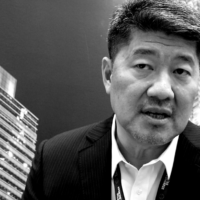 Costco Asia VP: How to survive in an online world
Next Article