US taco specialists The Lime Truck rolls into Singapore

The Lime Truck, a popular fusion food truck chain from California, has parked one of its kitchen-on- wheels in Singapore in its first foray out of the United States.

SEE ALSO : About 20,000 people get their caffeine fix at the Singapore Coffee Festival

The Lime Truck won Season 2 of Food Network’s The Great Food Truck Race in 2011 and was placed on Yahoo’s Top 10 Trucks In America list for three years running from 2012.

On the Singapore menu are signature tacos such as sweet and spicy steak taco and grilled ahi taco, costing an average of $4, as well as Singapore exclusives such as fried chicken skin with chipotle honey drizzle and cheese. The prices have not been confirmed for the new dishes.

As bright and spunky as his lime-green food truck is 28-year- old chef Daniel Shemtob, who founded the thriving Californian food truck business in 2010.

Since then, his venture has expanded from a single truck in his hometown of Orange County, California, to five trucks in other cities in California. He also has three restaurants in California – TLT Food in Westwood Village, Irvine Spectrum and Newport Beach.

SEE ALSO : India to become the gateway to the food industry

This is not his first time in Singapore. In 2014, The Lime Truck had a pop-up event in Orchard Road as part of a charity initiative with Fiji Water, where more than 1,000 tacos were sold out in two hours.

The food truck in Singapore will not be roving the streets like in California due to regulations here, but he hopes that it can make appearances in future at events such as the Formula One races. 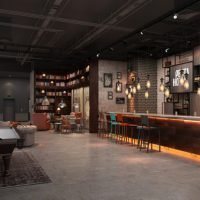 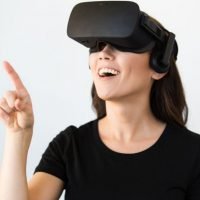 Featured Articles of the Week
Angel Wu 8 hours ago

Check out our latest event.…