Using consumer data, Starbucks designed its new line of products to complement the habits it gleaned from its own stores. Basically, the company says it talked to its baristas about how customers ordered coffee, lattes and tea while in Starbucks locations and culled several industry reports about at-home consumption. It used that data to create K-Cups and bottled beverages to sell in grocery stores.

“It’s a way for [Starbucks] to expand a brand that’s already owning retail and bring it into consumer’s homes,” Tammy Katz, CEO and founder of Katz Marketing Solutions, told CNBC. “So, they can almost double consumption because consumers are going to want to drink it when they go to the actual Starbucks locations and now they have the freedom to drink it at home.”

Katz noted that Starbucks is tapping into a “mega trend” by offering this type of customization in its products. The first customized items are rolling out to grocers now, and additional tailored products will land seasonally. 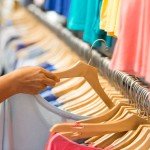 Retailers cutting costs at the expense of quality
Next Article 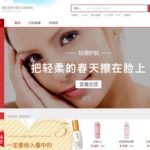