A creative integration of punk rock and Japanese style, TMK serves lip-smacking hand rolls, as well as a selection of sushi and sashimi. A refreshing take on the traditional Japanese temakeria, the new restaurant boasts an eye-catching menu with playfully named sections.

A fitting venue for those looking to explore new flavours and guests on the hunt for an actionpacked experience, TMK offers an electric ambiance and punk rock inspired interior designed by Charlie & Rose. Front and centre within TMK’s main dining area is a 1980’s style Japanese custom motorcycle. The restaurant also has Japanese art on display and a tattoo room inspired bathroom. Featuring iron and wooden furniture and stools that guests can precariously perch on while enjoying hand rolls and sake, TMK is an eye-catching venue.

“The inspiration for TMK’s interior came from listening to punk rock music and immersing myself fully into the culture,” says Charlie & Rose’s designer, Ben McCarthy. “This was a liberating project for me because the concept is so dynamic and there was a lot of room for expressive freedom.”

Honjo will be the imaginary backdrop of a typical Japanese person’s dream world, a
communal aspiration shared by many. Whether an entrepreneur, a salaryman, a student or a working parent, dreams of a thrilling world are vivid and inspiring. A short reprieve from reality, one enters a fantastical world where he or she lives lavishly in a home resembling a British manor from the 1950’s. Finding joy in traveling the world and being influenced by each vibrant culture visited, the dreamer will craft Honjo’s interior, philosophy and cuisine based on his or her fantasies.

Brought to life by interior designer, Ben McCarthy of Charlie & Rose, Honjo will remind of a modern restaurant set in the 1950’s with a retro futuristic vibe, vibrant colours and intricate details. From stained glass windows that allow greenery to peek through to hanging light fixtures that beautifully illuminate the space, the restaurant’s design will be deliberate and purposeful. The interior of Honjo will be demurely and appropriately extravagant, a dream eclectic and quirky home complete with an expansive collection of New and Old World wines.

From the first step into Honjo, guests will be invited to meander through a series of themed dining rooms and a sushi counter, all designed to provide a versatile layout conducive for intimate and shared dining encounters. Separated into four distinct areas, Honjo will be comprised of the Tin Toys Lobby, Safari Room, Red Armoury and Blue Suite, each offering a unique experience compared to other nooks of the restaurant.

What impresses the Pirata Group team the most about Japanese cuisine is its ability to absorb inspiration and concepts from other countries. It holds fast to its traditional techniques and preferences while delivering new dishes in their own way. Through the team’s intimate knowledge of different types of dishes, Honjo will serve generous platters of high quality sushi, melt-in-your-mouth sashimi, delightfully light and crispy tempura, and hearty hot dishes.

Honjo’s menu will pay homage to a combination of Japanese people’s passion for
exploring new flavours and their ardent adoration of their Japanese origin. Dishes will be crafted through a Japanese lens with a ready acceptance of different ingredients and new possibilities.

Pirata Group has been rapidly growing in the past two years and opening restaurant after restaurant in different districts.

From the Pici concept expanding quickly to different areas of Hong Kong, the popular TokyoLima, together with restaurants touching different cuisines of the world, Pirata Group has been exploring the opportunities to develop a crowd of loyal customers willing to experience new concepts.

Looking forward to the next opening then! 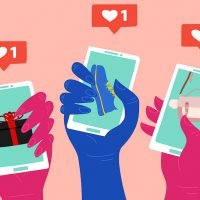