Is it possible for a Korean bakery to survive in the saturated U.S. and French markets? SPC Group has addressed such concerns, winning notable success even in the country known as the home of bread. Operating more than 260 Paris Baguette bakeries in France, the United States, China, Singapore and Vietnam, the Seoul-based conglomerate has continued to expand its presence in the global market.

According to the group, it opened America’s 52nd Paris Baguette store at Redondo Shores Shopping Center in Redondo Beach, California, on March 2.
Over 500 customers have visited the store daily on average ─ more than double for 3,400 stores in Korea. Located southwest of Los Angeles, Redondo Beach is populated by high-income people who annually earn more than US$90,000 on average. So the store features premium-quality pastries and snacks to cater to their tastes.

SEE ALSO: Online grocery shopping on the rise in Korea

In October 2013, a three-story Paris Baguette bakery opened near Times Square in Manhattan, attracting 1,000 New Yorkers and selling 700 sandwiches daily on average. SPC additionally opened stores at Midtown 52nd Street in November 2013 and Upper West Side 70th Street in March 2014. As of May 2017, eight Paris Baguette bakeries are in operation in Manhattan. As Korea’s representative bakery chain, Paris Baguette has competed with Au Bon Pain, Panera Bread and Pret A Manger in the U.S. market. SPC currently runs 52 Paris Baguette stores there.

In July 2014, Paris Baguette became Korea’s first bakery brand to enter Paris, setting up a business base to expand to other French and European cities. The outfit also opened Paris Baguette stores in Shanghai in 2004 and Ho Chi Minh City and Singapore in 2012. SPC attributed Paris Baguette’s global success to its product diversity, way of shopping and personnel management.

While most local U.S. bakeries sell 100 products on average, Paris Baguette deals with more than 300 products, meeting customer demand in each country. Consumers like to use trays and tongs when they are shopping as well, because they do not have to line up to request products from salesclerks.

As of last month, it sold more than 120 million bread products made with the local natural yeast, generating 270 billion won (US$240 million) in sales.

The firm also paid attention to restaurant franchises such as Baskin-Robbins, McDonald’s and Pizza Hut. The firm imported Baskin-Robbins to Korea in 1985 and Dunkin’ Donuts in 1993. The former has 1,200 stores here and the latter has 770. Both brands dominate their respective markets.

With a vision of becoming a “Great Food Company,” SPC seeks to post 20 trillion won in sales by the end of 2030 and run 12,000 stores worldwide. 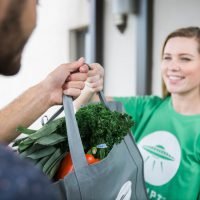 Online grocery shopping on the rise in Korea
Next Article 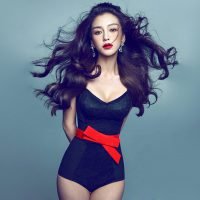