In January this year, Nestlé announced its plan to only use reusable and 100% recyclable packaging by 2025, and now the food and drink conglomerate has taken the first step in the new direction.

The new paper wrapping comes with instructions for the consumer to fold the paper into an origami crane after eating the bar, and will reportedly decrease the company’s plastic use by 380 tons per year.

“Plastic waste is one of the biggest sustainability issues the world is facing today,” said Nestlé CEO Mark Schneider, adding “Tackling it requires a collective approach. We are committed to finding improved solutions to reduce, re-use and recycle. Our ambition is to achieve 100% recyclable or reusable packaging by 2025.”

The new paper crane packaging is set to debut in Japan later this month, with the country being Kit Kat’s largest market with 4 million unites sold each day.

The initial rollout will include the original, matcha and dark chocolate flavors, and more additions will later be added. In addition, single-layer paper wrappers for regular-sized Kit Kats can be expected in 2021. 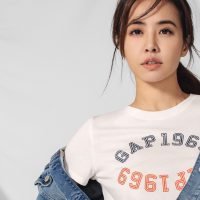