China’s Alibaba, the world’s largest online and mobile e-commerce company, and U.S. foods giant Mars Inc. have announced a partnership that will see all 17 Mars brands sold in China on Tmall.com and Ruraltaobao.com.

Six of these brands (M&Ms, Snickers, Dove, Extra, Pedigree and Royal Canin) produce more than US$1 billion in revenue per year in sales in the market.

Tmall is Alibaba’s business-to-consumer platform where global and local brands set up flagship stores to sell their products directly to Chinese consumers and Ruraltaobao is the relatively new platform Alibaba has launched to turn China’s 600 million rural citizens into online shoppers and sellers.

China’s e-commerce market is currently made up of 550 million consumers and produced $589 billion in sales in 2015.

This deal is on trend with the increasing number of food and beverage brands and retailers moving aggressively to sell online in China and the growth of cross border commerce for the category (as well as other FMCG and packaged goods) in general.

For example, Nestle announced in January that it partnered with Alibaba to sell 67 brands on its sites that are not for sale in brick and mortar stores in China and the result has been a significant uptick in revenue for Nestle. 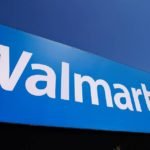 Wal-Mart deal with JD.com includes incentives for retailer to raise stake
Next Article 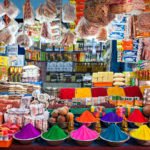