“The story of Festival de Cannes Film Week began in Buenos Aires almost ten years ago with the idea of taking the spirit of the Festival on a global journey, thereby continuing the dialogue with people from all over the world who visit us in Cannes every year in May and creating a cinema moment with a unique format”, said Pierre Lescure and Thierry Frémaux.

“At the Festival de Cannes we invite the whole world to come to Cannes to celebrate the art of filmmaking, to discover the latest works of great contemporary directors and to get a taste for what is up and coming in the world of cinema. With our Festival de Cannes Film Week, we hope to initiate the very opposite by taking to the road and bringing the spirit of the Festival and the work of artists to other parts of the globe. There is no better place to extend this experience than Hong Kong which has seen the origins of so many great filmmakers who have come to show their films in Cannes!”, continued Pierre Lescure and Thierry Frémaux.

Adrian Cheng, who believes in the power of creativity, culture and innovation to enrich daily life across businesses and local communities, commented “I am honoured to partner with Mr. Pierre Lescure and Mr. Thierry Frémaux in debuting Festival de Cannes Film Week in Hong Kong and Asia. For decades, Festival de Cannes has been synonymous with culture and creativity, and through them, it has grown to become the landmark festival that brings together the very best creative powers of cinematography”.

“It is through our aligned vision to bring world-class curated content to a global audience that Festival de Cannes Film Week at K11 MUSEA is made possible. This is an important milestone for K11 MUSEA as we look to develop an on-going programme of innovative cultural events for our international audience,” he continued.

On 12 November, the six-day Festival de Cannes Film Week will kick off with an opening night. It will present six feature films from the 2019 Festival de Cannes Official Selection throughout the period, and will immerse Hong Kong in the spirit of the festival.

Those attending Festival de Cannes Film Week can expect guest appearances from directors and actors, as well as masterclasses hosted by some of cinema’s brightest lights, offering a truly unique intimate opportunity for enthusiasts to experience the essence of the best of the world’s film industry in Hong Kong. 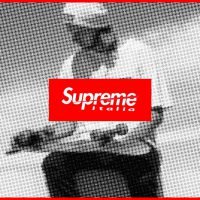