While the Fast Retailing Co.-owned casual wear chain did not announce prices Wednesday, analysts and investors will be watching to see how it will try to lure consumers who have kept purse strings so tight the company’s billionaire chairman conceded its shift to higher prices over the past year had failed.

Despite T-shirts on sale for $5.90 and chino shorts at $19.90 on its website, Uniqlo is struggling in Japan where cautious consumers are bracing for tougher financial times. Fast Retailing, Asia’s largest clothing retailer, has also seen its earnings overseas hurt by a stronger yen, compounded by losses in the US and China’s slowdown.

Fast Retailing rose 3.9 percent to 28,740 yen, the most in a month, while Muji owner Ryohin Keikaku Co. gained 2 percent by the close of trading in Tokyo. The Nikkei newspaper reported the Uniqlo competitor’s operating profit may rise to a record in the March-to-May quarter. The Topix index jumped 1.2 percent amid a Japan stocks rally.

In Japan, Uniqlo lost some of its budget-minded consumers after the company raised prices of last year’s fall and winter wear due to rising material costs. A sales dip prompted the company to review its pricing strategy. Fast Retailing cut its operating profit forecast last month for the year ending August 2016 to 120 billion yen ($1.1 billion), down 33 percent from its estimate in January.

Uniqlo wants to maintain a low-price strategy “because the Japanese economy is certainly not strong and people have been struggling for a long time,” Yanai had said in April, when the company reported a 60 percent decline in operating income for the second quarter and cut the full-year forecast for the second time in a year. 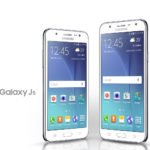 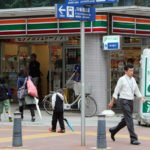