The rocket ship that fast-fashion retailers have ridden during the past few years appears to be running out of fuel — at least if you rely on a recent court document.

EZ Worldwide Express, a shipping firm that handled clothing deliveries for Forever 21, has cut ties with the low-price retail chain because business tapered so dramatically that it was no longer profitable to work with them, according to The Wall Street Journal.

“Forever 21 looked at different financing options to assist EZ during its difficult financial time in order to continue the relationship, but were unable to come to an agreement,” the statement continued.

“Accordingly, Forever 21 transitioned to other delivery providers and accepted the termination agreement with EZ, in order to continue to provide the exceptional experience our customers have come to expect from us.”

Forever 21 is privately held and does not release financial results. The chain, which operates about 730 stores, has been shutting down some of its large locations.

The Journal report is the latest sign that fast-fashion, a category that stole market share from traditional retailers and caused many shoppers to expect constantly changing, in-season products, is starting to slow. During the second quarter, sales at H&M rose just 5 percent in local currencies, despite the retailer operating 438 additional stores at the end of May from the previous year.

Due to this slowness, which analysts said could partly be the result of unseasonably cool weather, the retailer is grappling with excess inventories that could force it into running unplanned promotions during the current three-month period. 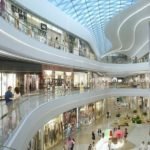 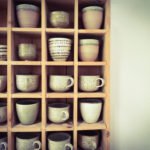