Falling sales in all categories and geographic regions and a buyback strategy for under-performing watches sent first-half profits at Compagnie Financière Richemont down 51 percent to 540 million euros, or $605 million, as the company also announced it was changing its senior management structure.

In September, Richemont had already said it was expecting profit to fall 45 percent, due to the slowdown in hard luxury sales, and watches in particular.

Sales in the six months to Sept. 30 were down 12.6 percent to 5.09 billion euros, or $5.70 billion, due to exceptional inventory buybacks and a decline in demand across all geographic regions and in product categories.

Johann Rupert, the company’s chairman, said performance came against the backdrop of a “difficult” global environment, the “exceptional” buybacks, and challenging comparative figures in the first half of the previous financial year.

The buybacks, aimed at helping third-party retailers shift stock without resorting to promotions or sales, cost Richemont 249 million euros, or $279 million, in the period.

Rupert said retail sales generated in the company’s wholly-owned boutiques and online stores generally outperformed the wholesale business, and positive developments in accessories and resilience in jewellery partly mitigated poor watch sales. Most markets, he added, experienced a slowdown in sales with the notable exceptions of mainland China, the U.K. and South Korea.

Those three markets have been growing over the half: The U.K. has been up due to the deterioration of the pound following the Brexit referendum, and while growth in mainland China and South Korea has been offsetting declines in Hong Kong and Japan, which is suffering from the strength of the yen and depressed tourist spending.

The company has also announced a management restructuring as two key executives plan to retire. Chief executive officer Richard Lepeu will step down in March, while Gary Saage, chief financial officer, will retire in July and return to the United States.

Rupert, who will remain as chairman, is pulling from his pool of senior executives to run the newly reorganised structure.

Jérôme Lambert, CEO of Montblanc, will be head of operations, responsible for central and regional services and all of the product divisions, other than jewellery and watchmaking. The latter is also a new position.

All will join the board, in addition to Nicolas Bos, CEO of Van Cleef & Arpels. 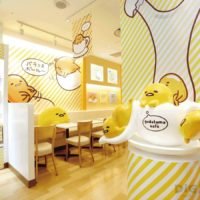 Gudetama cafe to open in Singapore
Next Article 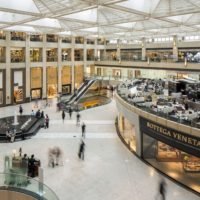