Prada reported the lowest full-year profit since its 2011 initial public offering though said it’s confident of a turnaround as the maker of Miu Miu apparel sees signs of revival after a slump in Asian luxury demand.

Net income fell 16 percent to €278.3 million ($295 million) in the year through January, the Milan-based group said Wednesday. While that missed the average analyst estimate of €294.7 million, Prada said that in keeping with peers such as LVMH it has seen better indications in both Asia and Europe.

The maker of Car Shoe footwear was hit harder than most by a downturn in demand across Asia, where it gets about half its revenue. Recent indicators have been better: sales returned to growth in January, an initial sign that Prada is on the mend. The company raised its dividend to 12 euro cents a share, which it said is a sign of confidence in future growth.

“We believe that Prada is at trough Ebit margin and see new and appealing products in store for the consumer,” Luca Solca, an analyst at Exane BNP Paribas, said by email. Profit missed estimates partly because of a higher tax rate, he said.

The results were released after the close of trading in Hong Kong, where Prada shares are listed. The stock rose 1.3 percent to HK$34.70 on Wednesday and is up 32 percent this year.

A decline in sales slowed to 6 percent at constant exchange rates in the second half from 13 percent in the first six months, Prada said. The company saw a “strong rebound” in mainland China, which had double-digit sales growth in the fourth quarter. There were also signs of recovery in Europe, with the UK showing double-digit growth in the second half as the drop in the value of sterling drew in foreign tourists.

“2016 marks a turning point as we are now firmly on the pathway to sustainable growth,” chief executive officer Patrizio Bertelli said in a presentation.

The company has said it hopes to speed up recovery by boosting e-commerce, particularly in footwear, and by reaching out to clients more aggressively on social media. It has also introduced more entry-priced accessories to hook a broader range of consumers.

“Coming up with fresh ideas in quick turnaround times has always been our specialty,” Bertelli said.

The company is open to possible acquisitions, though has no active plans, he said. 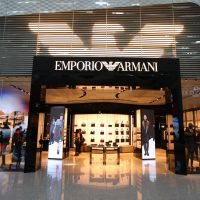 China remains the world's most expensive luxury market
Next Article 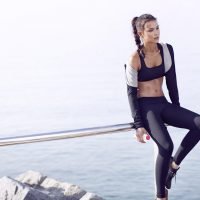 Why fashion is being killed by athleisure?