Michael Kors to shut over 100 stores

Michael Kors, the once-popular retailer that has been trying to turn itself around, said it expected same-store sales to continue to fall in 2018, and that it would shut more than 100 full-price retail stores in the next two years.

Shares of the company slumped nearly 11 percent to $32.38, their lowest in more than five years.

Michael Kors Holdings Ltd, once the hottest name in affordable luxury, has been grappling with declining same-store sales for the past seven quarters as fewer people visit its stores, flocking instead to rival Coach Inc and shopping online.

Kors said on Wednesday sales at stores established for more than a year fell 14.1 percent in the fourth-quarter ended April 1. Analysts had estimated a fall of 13.4 percent, according to research firm Consensus Metrix.

To deal with the lull in sales, the retailer has been expanding into dresses and menswear, investing in its online business, and reducing supplies to department stores, which have been discounting heavily to bring back shoppers.

These efforts, however, are yet to show the results that investors are looking for. Kors said it expected revenue of $4.25 billion for fiscal year 2018 and also forecast a high single-digit drop in same-store sales.

Analysts on average had estimated revenue of $4.37 billion, according to Thomson Reuters. “If you walk into a Michael Kors store, they basically have the same handbags over and over again,” said Gabriella Santaniello, founder at research firm A-Line Partners.

“It is basically an entire wall of the Mercer handbags -small and large – and another wall of Hamilton bags,” she said, referring to Kors’ flagship handbag lines.
The company said on Wednesday it would close 100-125 full-price stores over the next two years due to intense price competition from other retailers. It expects to take $100 million-$125 million in related one-time costs.

Excluding certain items, Kors earned 73 cents per share, while analysts had expected 70 cents per share. Kors, whose shares have fallen nearly 16 percent this year, also said it would buy back $1 billion worth shares. 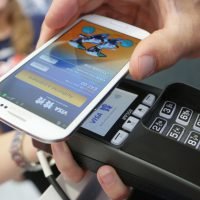 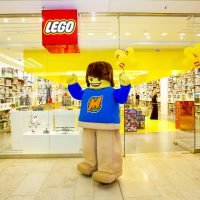