France’s Longchamp and the U.K.’s Burberry Group PLC have begun selling handbags and clothes on WeChat, China’s most popular messaging app. LVMH Moët Hennessy Louis Vuitton SE’s Givenchy and Dior brands are testing demand for their goods through flash sales on the platform.

The move signals a challenge to Alibaba Group Holding Ltd., the dominant player in e-commerce in China, where online transactions are expected to reach 6 trillion yuan ($870 billion) this year, according to consulting firm Bain & Co. Alibaba’s sites processed more than $547 billion in transactions in fiscal 2017, which analysts say is more than eBay Inc. and Amazon.com Inc. combined.

While luxury sales on WeChat are in their infancy, Tencent’s courting of high-end fashion brands is part of a widening battle between China’s internet companies. Alibaba, Tencent and search engine Baidu Inc. are venturing beyond their traditional business lines into payments, social media and e-commerce.

Upscale brands are rethinking their digital strategies amid a tough environment for luxury sales. Global sales of personal luxury goods were flat in 2016, at EUR239 billion ($267 billion), while global spending on luxury by Chinese consumers fell for the first time last year, according to Bain. Even so, luxury brands are seeing a pickup in mainland China as brands lower prices there and Beijing encourages consumption at home.

In the U.S., a small number of luxury labels have tested sales on social media including chat apps. But Tencent in China is making inroads with luxury brands by taking advantage of the massive online ecosystem it has built around WeChat, whose more than 900 million users book movie tickets, hail rides, order laundry pickup and pay for utilities without leaving the app.

The online sales are also fueling WeChat’s mobile wallet, WeChat Pay, against market leader Alipay, launched by Alibaba’s Ant Financial in 2009. Only WeChat Pay can be used on Tencent’s platform. As recently as 2014, Alipay commanded nearly 80% of China’s mobile payments market, but its share slipped to 54% by the first quarter of this year. Tencent’s payment system, including WeChat Pay, had 40% in the first quarter, according to research firm Analysys.

Last year, Alibaba joined with Mei.com — which received a $100 million investment from Alibaba in 2015. The e-commerce giant is also relying on big data to clean up counterfeit goods listed on its platform. Alibaba is the “world’s leading fighter on counterfeits,” founder Jack Ma said last year.

In the past year, Alibaba has reduced the number of third-party product listings of goods made by the top 10 luxury fashion brands by an average of 73%, according to L2 Inc., a digital consulting firm. Still, an average of 49,000 total product listings remained as of April on Alibaba’s Taobao site, a bazaar-like platform of small businesses and sellers.

Affordable brands such as watchmaker Tag Heuer, jeweler Pandora and cosmetics companies have opened on Tmall, Alibaba’s platform for mostly large brands. But most luxury fashion brands remain wary of open platforms such as Alibaba and rival JD.com because they fear losing their aura of exclusivity, according to Danielle Bailey, head of research in Asia Pacific for L2. Burberry is an exception, opening a store on Tmall in 2014.

Mr. Cassegrain, Longchamp’s CEO, said, though, that WeChat’s appeal is that it isn’t an open platform where luxury goods can be sold along with everyday products. Users must follow Longchamp’s account or scan a QR code to be taken into the brand’s site.

Burberry, along with watch and jewelry brands Cie. Financière Richemont SA’s Cartier and IWC Schaffhausen, are among the few that have opened full stores on WeChat.

Cartier advertises on WeChat’s news feed and sells on the platform because “China is one of the most digitalized markets in the world today, and Cartier has to adapt to it,” said Renaud Litre, chief executive of Cartier China. 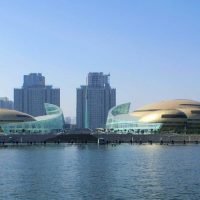 Amazon launches direct air delivery from US to Zhengzhou
Next Article 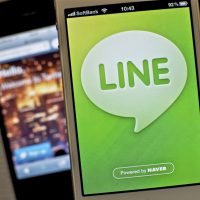