Italian fashion brand Dolce & Gabbana has pulled an online advertising campaign shot in Beijing, as internet users took to social media to criticise the brand for portraying an underdeveloped China.

Using the hashtag #DGLovesChina, D&G showed models walking the streets of Beijing, stopping by landmarks such as the Forbidden Palace and the Great Wall, as well as hanging out in the old “hutong” neighbourhoods of the city, acting playful with regular Chinese people going about their daily business.

But the latter scenes, portraying an apparently underdeveloped China, failed to resonate with online Weibo consumers.

“What is Dolce & Gabbana thinking?” asked Weibo user Quan Shaoye, while in a widely circulated post, a user with the handle Zhankai Zark wrote: “If DG’s love for China is really sincere, they should be more understanding of contemporary Chinese culture.”

Weibo user XipaopaoerFiora wrote: “I don’t quite understand the comparison between a general middle-aged woman and the stagy model… BTW, Tiananmen, hutongs are not the entire Beijing at all! Such a narrow view! I’m so disappointed at the series, especially after seeing the Japan series!”

Meanwhile, an oppressed nation came to mind for some: “It almost looks like North Korea! This is definitely not what China looks like now!”

While D&G failed to comment on the backlash, the images have since been removed from Dolce & Gabbana’s official Weibo account. Interestingly, they are still on the brand’s other social media channels, including Instagram.

D&G has successfully launched similar campaigns in Hong Kong and Japan, in which models were shot against a far more modern city landscape featuring skyscrapers and flashing neon billboards.

The latest China marketing campaign is part of the brand’s attempt to localise itself to cater to Chinese consumers. It coincides with the Italian brand’s “Alta Moda” show in the capital. 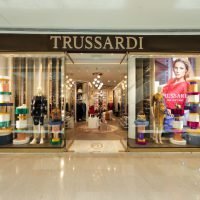 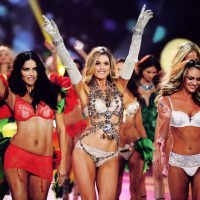