In December 2016, Coach chief executive Victor Luis said that the American-based accessible luxury goods company is ready to open the gates of its stables to more brands. “We believe that Coach Inc. can be bigger than the Coach brand,” he said. “We’ve done quite well in growing the Coach business across the world, especially Asia.”

It seems that, after months of speculation, that time has come. According to sources inside both companies, Coach’s acquisition of Kate Spade may be announced in a matter of weeks, if not days. “Coach has a long-standing policy of not commenting on rumors and speculation”. Kate Spade also declined to comment.

Other than being a bargain, according to activist investor Caerus, insiders suggest that Kate Spade is appealing to Coach because it is a true lifestyle brand, touching several major events in the consumer’s life, including weddings, engagements, special occasion and domestication. Coach, on the other hand, has long owned one milestone — the graduation gift — but remains otherwise disconnected from event-based purchasing.

“We believe the growth profile coupled with the brand’s unique appeal to millennials and broad-based success across categories ranging from handbags to apparel and jewelry could be attractive to many buyers, including Coach,” Mizuho Securities analyst Betty Chen wrote in a December 2016 note.

SEE ALSO: How Coach made a comeback in China

Kate Spade is also growing globally, with international net sales of $202 million in 2016, up 7 percent year over year. Those numbers would have been higher but were offset by failed projects, including the closures of Jack Spade brick-and-mortar stores as well as Saturday stores, and the closure of the company’s directly operated business in Brazil.

But Coach would not be getting a perfect business with an acquisition of Kate Spade. The aforementioned closure of its hipper, more casual Saturday brand — which suffered from too-fast retail expansion — and the shrinking of its men’s business, once a mainstay in a fast-growing market, indicate that there is work to be done. 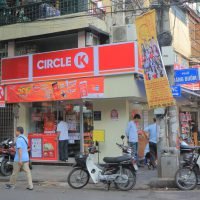 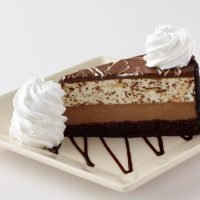 The Cheesecake Factory to open in May in Hong Kong