Christian Dior is one of those brands whose "prospects in Mainland China remain bright".

Chief executive officer Sidney Toledano told WWD, "Our position in China is strong both in terms of image and market share gain, so I remain very confident regarding China, as far as Christian Dior Couture is concerned. We have not been affected by the [crackdown on] gifting." 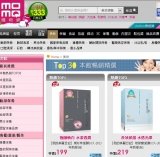