First Strathberry, then Givenchy, and now Burberry—luxury brands are learning that it pays to work with China’s authority on high-end handbags when introducing their collections to Chinese consumers. On May 3, Burberry partnered with Mr. Bags for an exclusive online WeChat shop launch of its leather DK88 handbag, which was also released in the United States just one day after the Met Gala.

The featured color for the launch, chosen by Mr. Bags, is called Bright Toffee and is currently only available for purchase in China on Burberry’s official WeChat shop, running for 18,500 RMB (about US$2,683). The DK88 bags are also available on the WeChat store in four additional colors, Blossom Pink, Slate Blue, Dark Chocolate, and Black, some of which are not currently listed on the U.S. website (though Burberry CEO Christopher Bailey has said customizations would be available). While official sales figures so far have not yet been released, at press time the special-edition colors were sold out. If previous performances are anything to go by, Burberry likely has made a significant dent in the wallets of Mr. Bags’ loyal followers.

SEE ALSO: Gogoboi teams up with foreign brands to sell luxury on WeChat

As part of the campaign, Burberry also created a WeChat game that invites users to use the shake feature on their phones to ‘paint’ the DK88 bags. With each shake, a new bag color is revealed, along with a description on what the color says about the person who likes it. For example, those who pick pink are “passionate” and “optimists,” while slate blue lovers are “gentle, delicate, elegant, and quiet.”

From there, the game gives users the option to send a personalized message to a friend featuring the bag color of their choosing, or they can go into the WeChat store and read up on more details about the bags and ultimately make a purchase. Customers are given the option to make payments using WeChat, Alipay, or Union Pay. Mr. Bags also tells customers on his WeChat post that first-time buyers can email a screenshot of their order to him, and he will pick out two lucky winners to receive a special gift.

Mr. Bags said in his post announcing the collaboration that he chose the Bright Toffee color because it’s the most representative of the brand for Chinese consumers, as it’s a similar shade to the tan tones in Burberry’s iconic scarves and trench coats. So far, the response from his followers has been positive, aside from the disappointment expressed by many commenters about certain colors being sold out.

Collaborations between fashion bloggers and luxury brands are not uncommon in China, but e-commerce partnerships through WeChat has been an emerging trend as an increasing number of fashion houses get comfortable with hosting sales on the popular social media platform. In one of the most recent examples, top Weibo fashion blogger and influencer, Gogoboi, opened a WeChat boutique where he curates and sells clothes and accessories from luxury online retailers like Yoox and Farfetch. Burberry’s endeavor comes as the brand reported a rise in sales at a “high single digit” rate in mainland China. 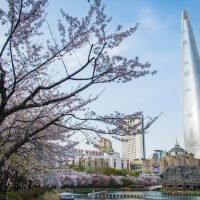 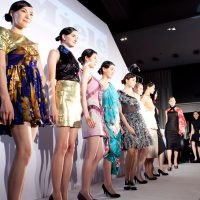