Tiffany & Co. has simplified the matter of breakfasting at Tiffany’s.

They will have the Blue Box Café—the first of its kind—which opens at the New York flagship on 10 November 2017.

Today’s Golightlys will sit up on the fourth floor and look down Fifth Avenue to where Central Park begins. They will serve coffee and croissant with a choice of avocado toast, truffled eggs, or a smoked salmon bagel with schmear.

The Blue Box Café is tucked into the fourth floor at 727 Fifth Avenue, part of a wholly renovated space that showcases a luxury home and accessories collection, the first major project from Reed Krakoff, who became the company’s chief artistic officer in January 2016.

The space includes Krakoff’s Everyday Objects, like walnut ping-pong paddles with black and blue leather faces and unfussy “paper cups” fussily rendered in bone china. The renovated floor, which one moves through to get to the café, is clearly aimed at a younger patron. Gone is all the masculine wood paneling and stately dark marble (though they remain on the three floors below). In their place is light marble and white walls, full of nooks for exploring and eminently Instagrammable whimsy.

Richard Moore, the vice president creative director overseeing all things store and window design, told Vanity Fair that the café is “yet another reason to visit our new fourth floor, and we hope it will draw customers up to experience the artfully composed home of Tiffany’s new luxury home and accessories collection of elevated everyday objects.”

A vivid jewel in the back, the restaurant makes the most of its compact space. It’s entirely Tiffany blue. The chairs have blue slip covers, and the china plates—Krakoff originals—are dipped in blue glaze. The walls are painted Tiffany blue, unless it’s a wall made of amazonite (nature’s Tiffany blue). There’s a small cake one can order on special occasions, or just because, for $36; it’s a Tiffany box with glossy blue icing and a big, white confectionary bow.

Instead of art on the walls, there are Tiffany windows inset in miniature. Some include an array of actual Tiffany boxes adorned now with chrome figurines and diamonds or pieces of the homeware.

The effect is that of dining inside one of Tiffany’s famed blue boxes, like some Tiffany-crazed genie who prefers crisp right angles to a bottle’s curves. That is very much the point. “Design of the space began from the idea of immersion in Tiffany—not only the feeling of being inside a blue box, but surrounded by Tiffany hospitality,” Moore said. Guests will first lock eyes with the view of the park, he hopes, and then they’ll see the sea of Tiffany blue, which they’ve “embraced throughout.”

Moore took care to point out the engraved zinc tables, one of the few pieces not encased in the brand’s signature color. They’re meant to be scratched, taking on a worn patina with age, he said. They’re used objects, as opposed to shelf objects—that is, objects that live on a shelf and aren’t to be touched. Like the everyday luxury items decorating the path to the restaurant on the new fourth floor, it’s all meant to be used and experienced. It’s all meant to be a 180 from the old look and feel. It’s all top-shelf items—lunch, mind you, is a flat $39, a starter and main course included—but brought to eye level.

Walking through the space on Tuesday, it was bustling with pre-opening activity, but one can imagine mothers and daughters or groups of friends from far away filling out these tables for breakfast, lunch, or an afternoon tea (of which the café has one custom Bellocq blend imported from Greenpoint, along with seven or so other choices). They’ll have a run at the New York-themed menu that will change with the seasons. The “Fifth Avenue Salad” means lobster and avocado, and the C.L.T. sandwich means both “Charles Lewis Tiffany” and chicken, lettuce, and tomato.

The restaurant’s future patrons maybe be too young to have seen Breakfast at Tiffany’s. They’re more likely to have seen a poster of Audrey Hepburn’s reflection in the store’s Fifth Avenue window. They definitely could pick Tiffany blue out of a lineup. But now they can get Golightly’s sensibility—the Givenchy dress and the affordable coffee—inside the place.

The opening of the cafe takes place few days after the launch of Tiffany & Co.’s everyday objects line.

Longchamp opens in ‘Maison Omotesando’ in Tokyo, biggest Asia store yet
Next Article 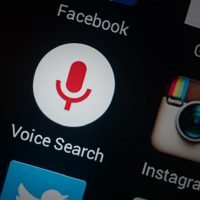 Shopping via voice to advance from speakers to mobile app